Why I Will Die Alone With 57 Cats

November 19, 2012
I cleaned out some of my old emails today. In the process of doing that, I came across an email I had saved called 'Why I will die alone with 57 cats'. It was dated from February of this year, and contained three images which I had used to tell a crazy story via text message to one of my friends.

This is that story.
(Well, sort of. I'm going to update it a bit as I've probably forgotten what I said originally, but the plot will be the same.)

Once upon a Thursday, as I got into my car to leave work, I discovered there was a little ball of fluff underneath my seat. I paid it no mind, of course, because it was merely a ball of fluff. Imagine my surprise when I realized that this was no ordinary fluff ball.
This one was a menacing, nasty, evil, serial killer fluff ball.
And it was out to get me.

As soon as I was able, I sent off a message to one of my closest friends, informing her of what was happening. She laughed! Can you believe it?! She laughed at my horrid predicament. My horror at my situation apparently meant nothing to her.

It was then that I noticed that the fluff had left the car and was now following me. 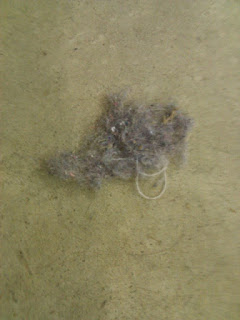 I kept in constant contact with my friend, telling her the fluff's every move. I was sure I was done for.  It kept glaring at me, and I swear I heard it begin to growl.

As I had feared, the fluff soon caught up with me, and things began to go downhill from that point. 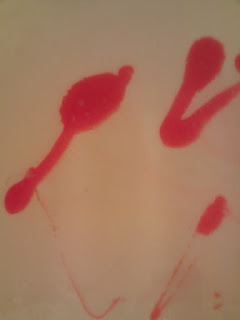 My friend still laughed off my urgent messages. Words like "you're crazy" or "lol" were thrown around casually, as if nothing was wrong, and I was merely making the entire thing up.

I sent this picture to try to convince her of my plight. 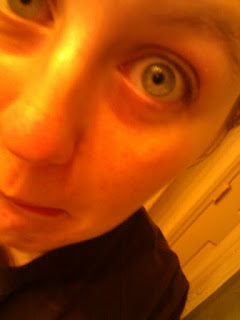 But alas, it did nothing to persuade her. I was left to my own devices.
I used the element of surprise to my advantage, taking the piece of fluff in hand and casting it into the nearest trash receptacle. It fought viciously, but so did I, and eventually I was victorious.

And in summary: Stories/pictures/text message exchanges such as this are exactly why I will die alone with 57 cats.