December 13, 2012
I love going to see Christmas lights. It's fun to ride around neighborhoods and look at the houses that are decorated (and store ideas for my future home!) but it's also loads of fun to pile into the car and go to places that are set up special, such as Tanglewood.

Tanglewood Park is a golf course, primarily. But at Christmas time they deck it out with lights and such, and it's awesome. It's so popular that this past weekend, people waited over SIX HOURS to get in.

It's called the Festival of Lights. We went last year with some friends, and decided to carry on the tradition this year.
Although lights are EXTREMELY hard to photograph, I managed to snag a few worthy enough to share. This is only a SMALL idea of what all there was to see. Moving lights were hard to photograph (of course). But I have a few.

This one wasn't the best, but it was the best I managed to get as we were heading in. 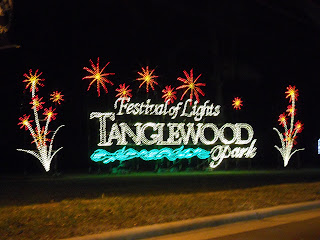 This was one of the smaller light fixtures, but I thought it was cute. :P 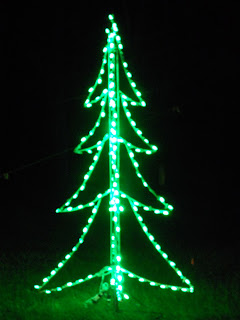 I'm kind of impressed how clear this one was. 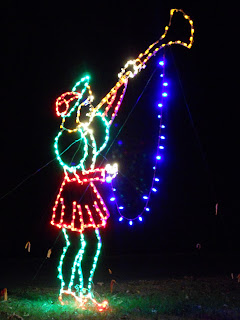 Not entirely Christmassy, per se, but it's still pretty. I love the fireworks around it! 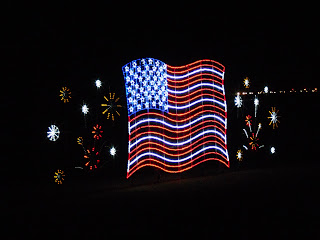 Another one not so clear, but still cute. The flower she is watering "grew". 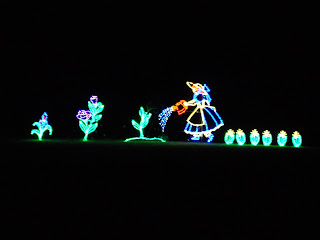 I love this one! It had motion aspects, so it's a bit blurry, but I love the ship and the sea monster and all of it.
XD 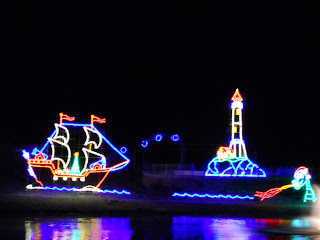 This one is a bit crooked, but pretty anyway. I want my future home to look like this, okay? Okay. 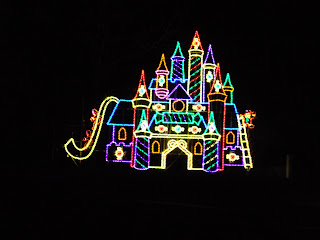 And finally, a video! This is one of my favorite parts. There are snowflake lights all over a tunnel you drive through, so it looks like it's snowing!
(I added a bit of music as the ambient noise in the car was...ugh. It's 'The First Noel' by the Trans-Siberian Orchestra.)