January 22, 2013
When I was younger, I used to LOVE watching figure skating on TV. It's a beautiful sport, it really is, and I used to daydream about being able to glide across the ice as gracefully as the skaters I saw.
Unfortunately, I never had the opportunity to try my luck at ice skating. I roller skated (and roller bladed) quite often, but as there was a distinct lack of ice skating rinks in my area, my hopes of learning never came to be. And as time went, it became one of those things I said I would do 'some day'.

Fast forward to December of 2012.
I heard on the radio that there was an ice skating rink that had been set up at a nearby speedway as part of their Christmas events. I did some research, and found it was surprisingly affordable ($12 for the entire day, skate rental included). I mentioned it to a friend, who was just as excited as I was to find out about it, and we made plans to go. Our original plans kept getting thwarted, but lucky for us, the rink was open until January 21st, so we finally managed to grab a free weekend to go. 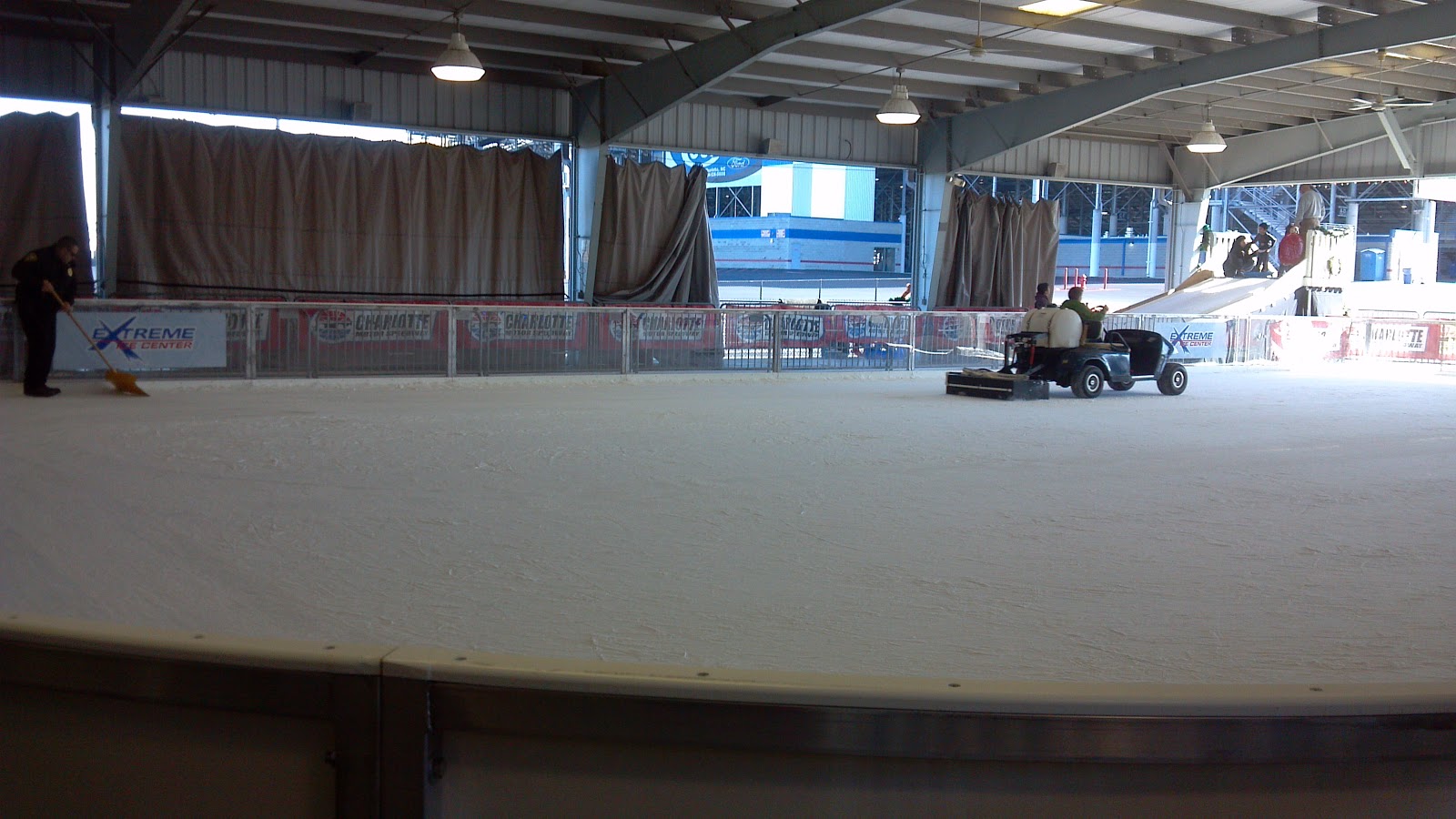 Our first views of the rink! 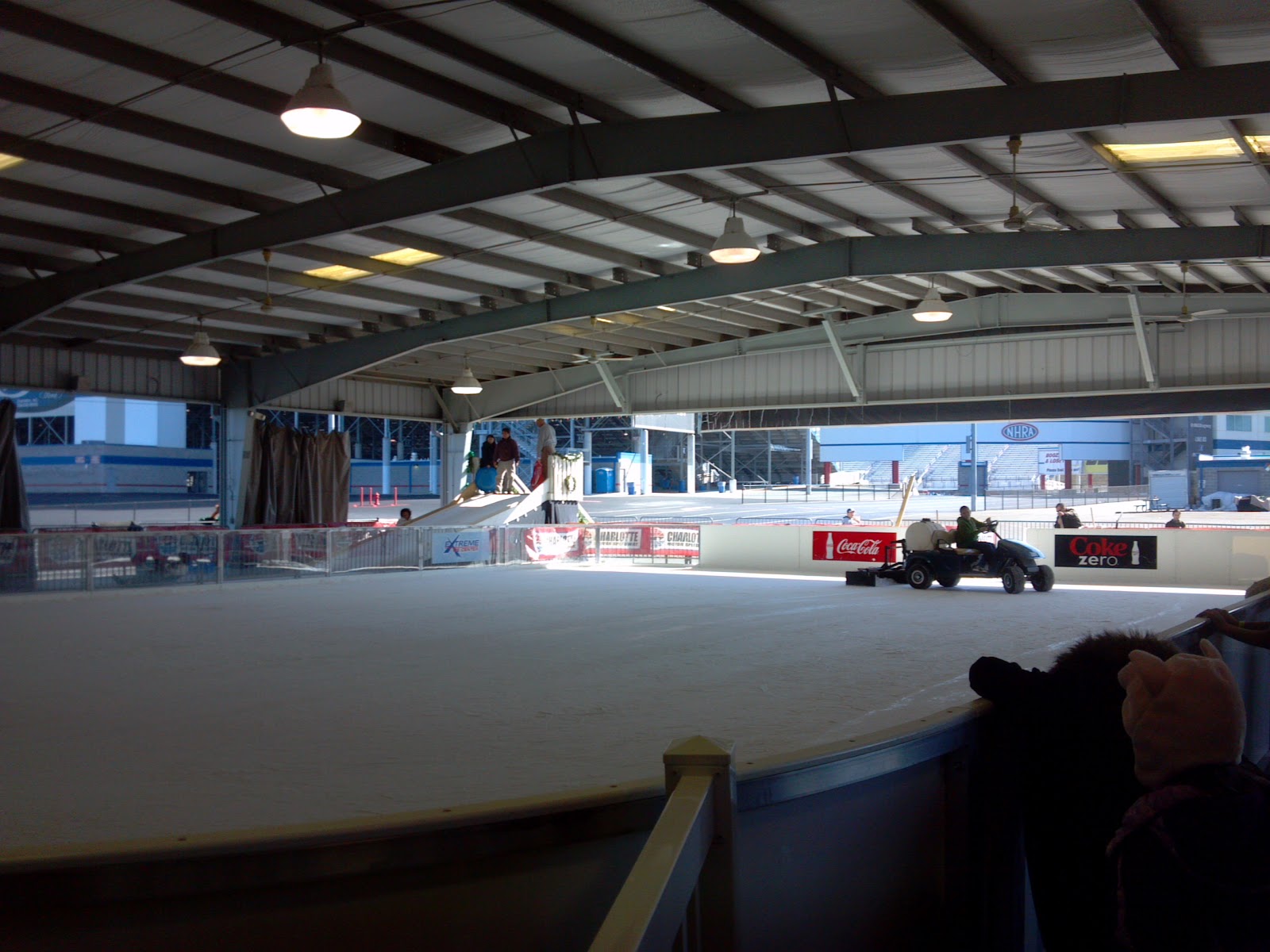 They were doing what they called an 'ice cut', which was basically just scraping/smoothing the ice. 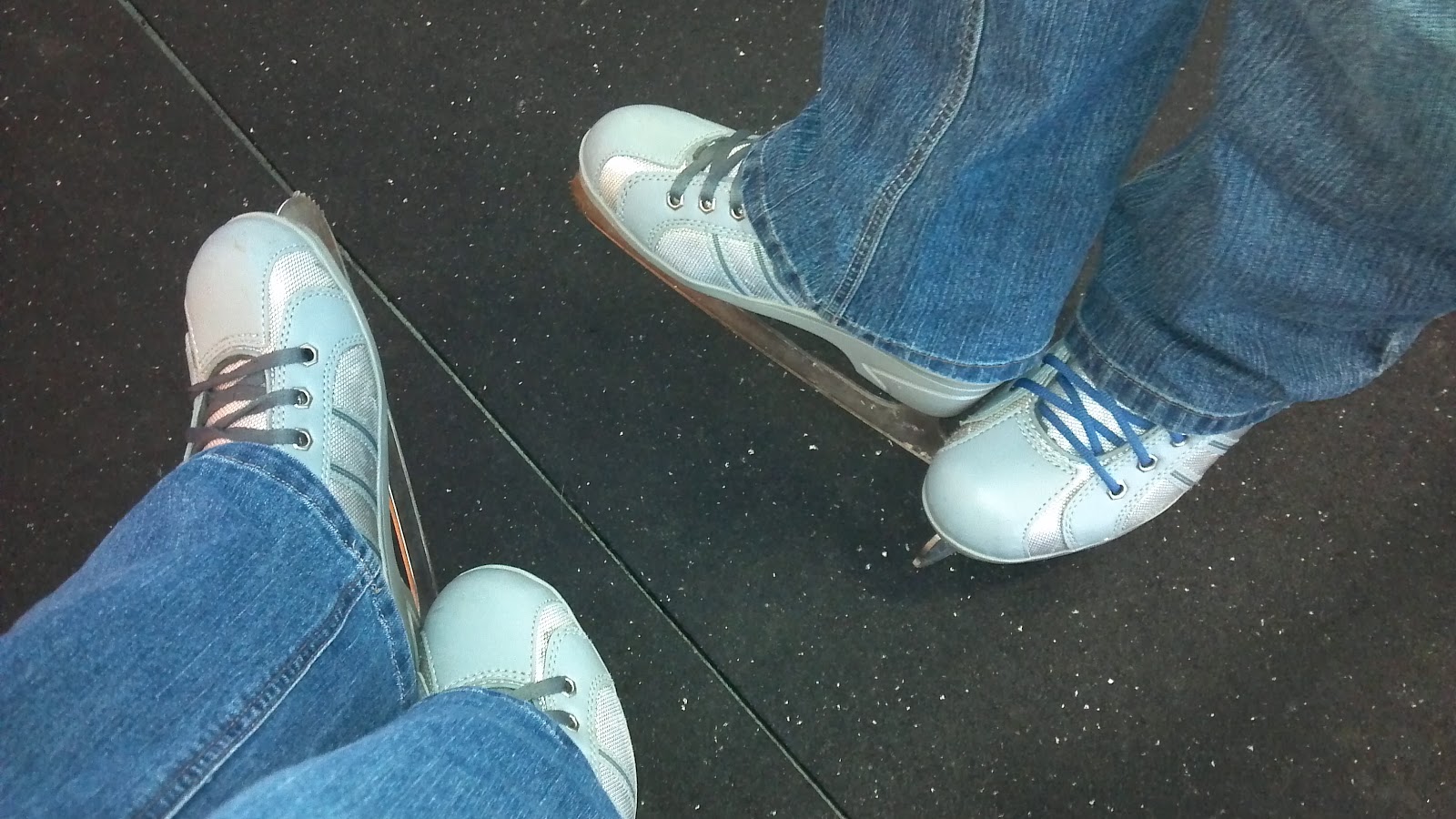 All ready to go!

People have asked me if it was hard to ice skate. The answer is: YES.
It was much harder than I initially thought it would be. See, I guess I was thinking it wouldn't be too bad since I've had roller skating/blading experience. I'm sure that helped a bit, but it's still a whole new ballgame when you get onto the ice. I nearly wiped out several times the first few go 'rounds.

The ice wasn't as smooth as a roller rink, it's more wobbly, and it takes more to get your balance. Plus, ice is slick (duh), and its harder to get traction to get yourself going. The hardest part was figuring out what angle to hold your skates at to push against the ice to propel yourself forward. Once I got the hang of that, it was much easier.

That being said, after about an hour or so of being there, I found myself much less shaky and able to go much faster.

And it was SO MUCH FUN! 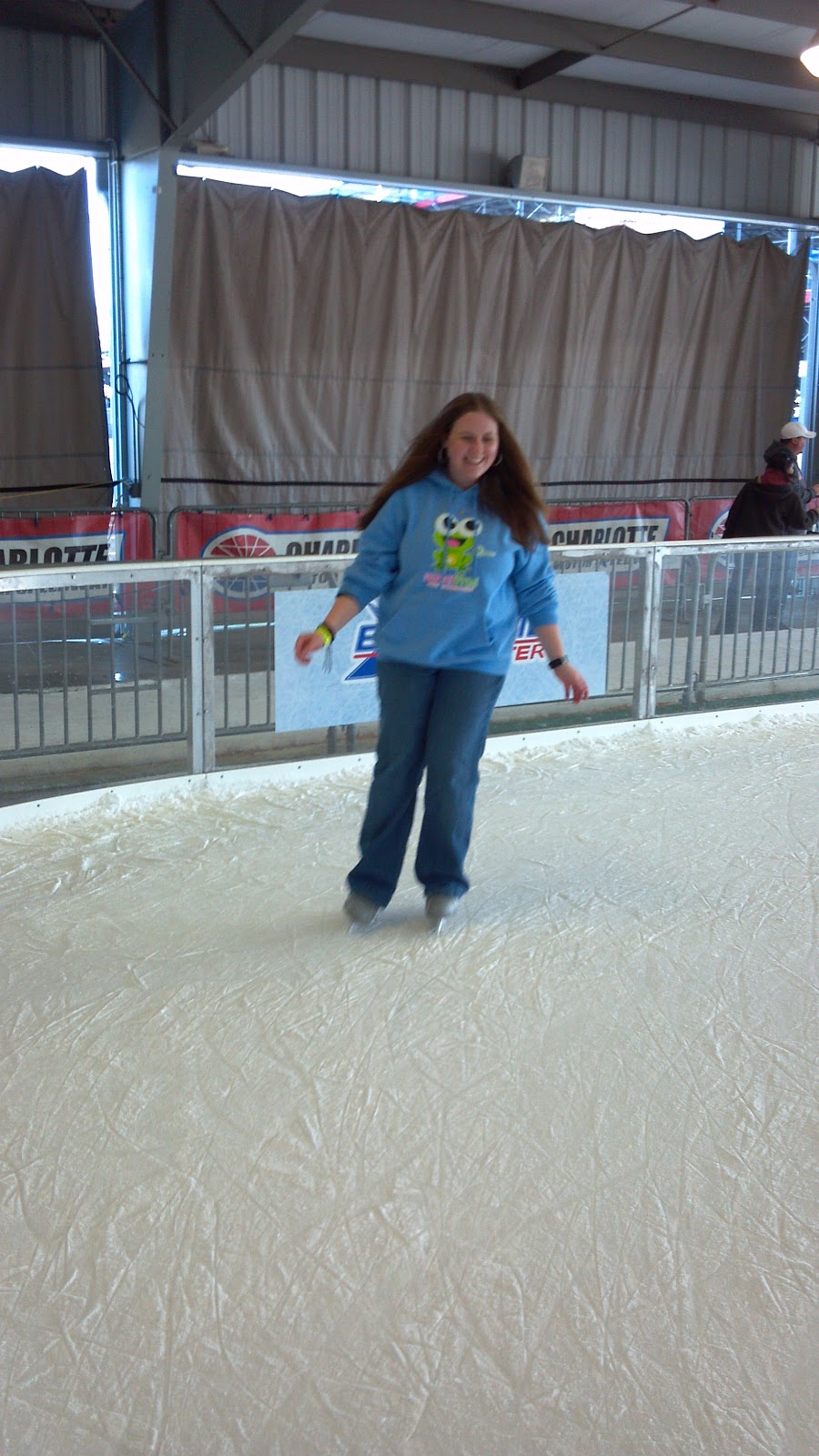 While talking with the workers at the rink, we learned that the rink was actually sponsored by a nearby ice skating rink. So we're already making plans to go down there for another day of skating fun! 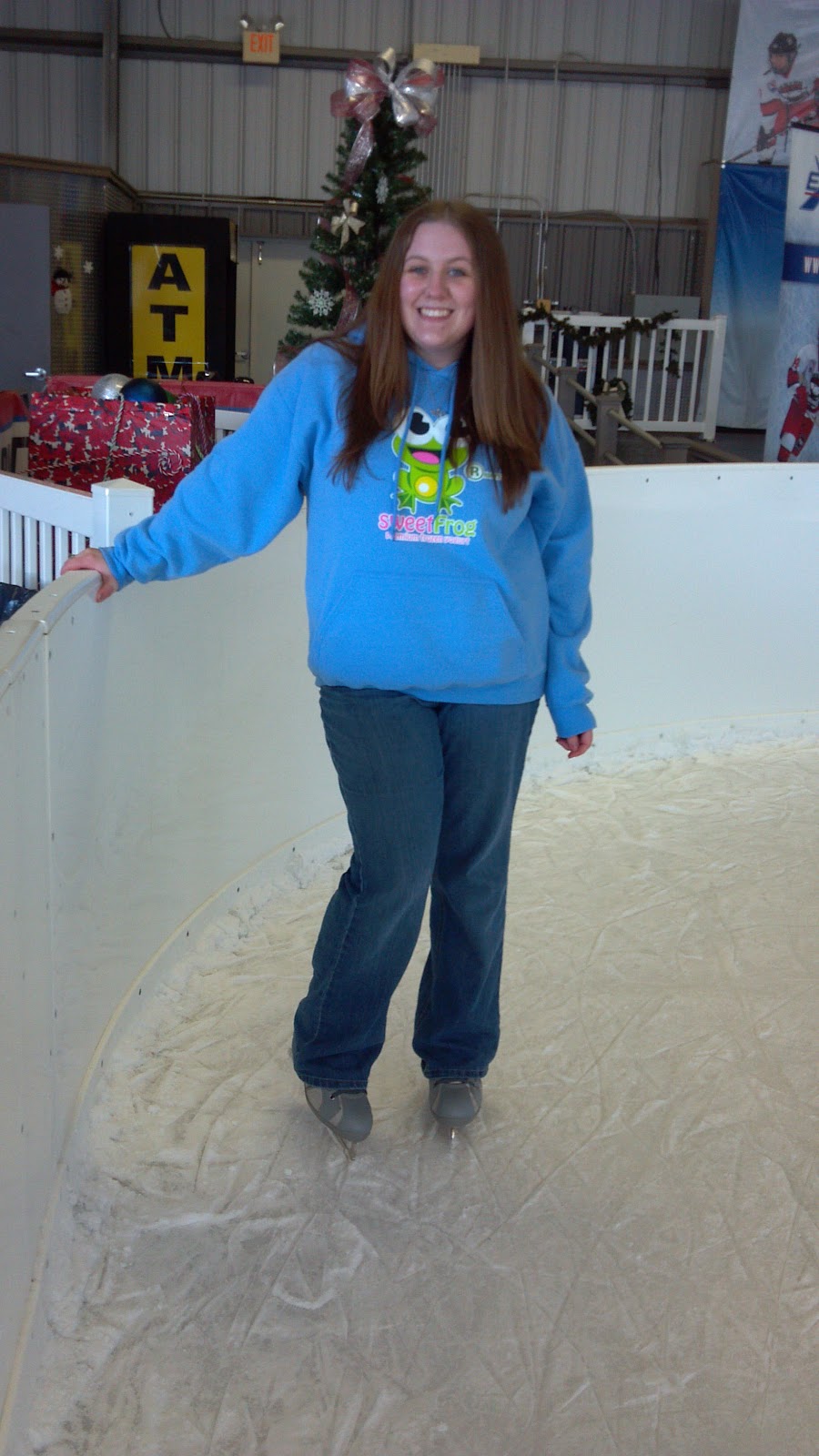 I have to say, it felt pretty good to change that 'I'll do it someday' into an 'I did it!'.