February 05, 2013
I have a love/hate relationship with Pinterest. I love that there are so many fabulous ideas in one place, and I can easily spend hours looking through pins, finding ideas and things I want to try.
However, a lot of times (especially with me), whenever I attempt a Pinterest craft, it fails. And it fails miserably.

I'm happy to report, then, that I recently tried an 'As Seen on Pinterest' - and it wasn't a fail!
Read on, for more! :)

This photo/craft that has been floating around on Pinterest for what seems like ages. It's for a ring holder, made out of a small photo frame, and it's absolutely adorable.
The pin usually says 'would be great for wedding gift' or something along those lines. One pin I read suggested that it be used to keep rings safe while doing dishes or other chores near the sink, which I thought was a great idea!

You can find the original source for the pin here.

Anyway, I decided to make one for someone I know who is a nail technician. She has to remove her rings a lot to do nails, so I thought it would be a neat thing for her to put on her work surface.

I'll confess I didn't follow the original instructions at all, but just went off the picture. 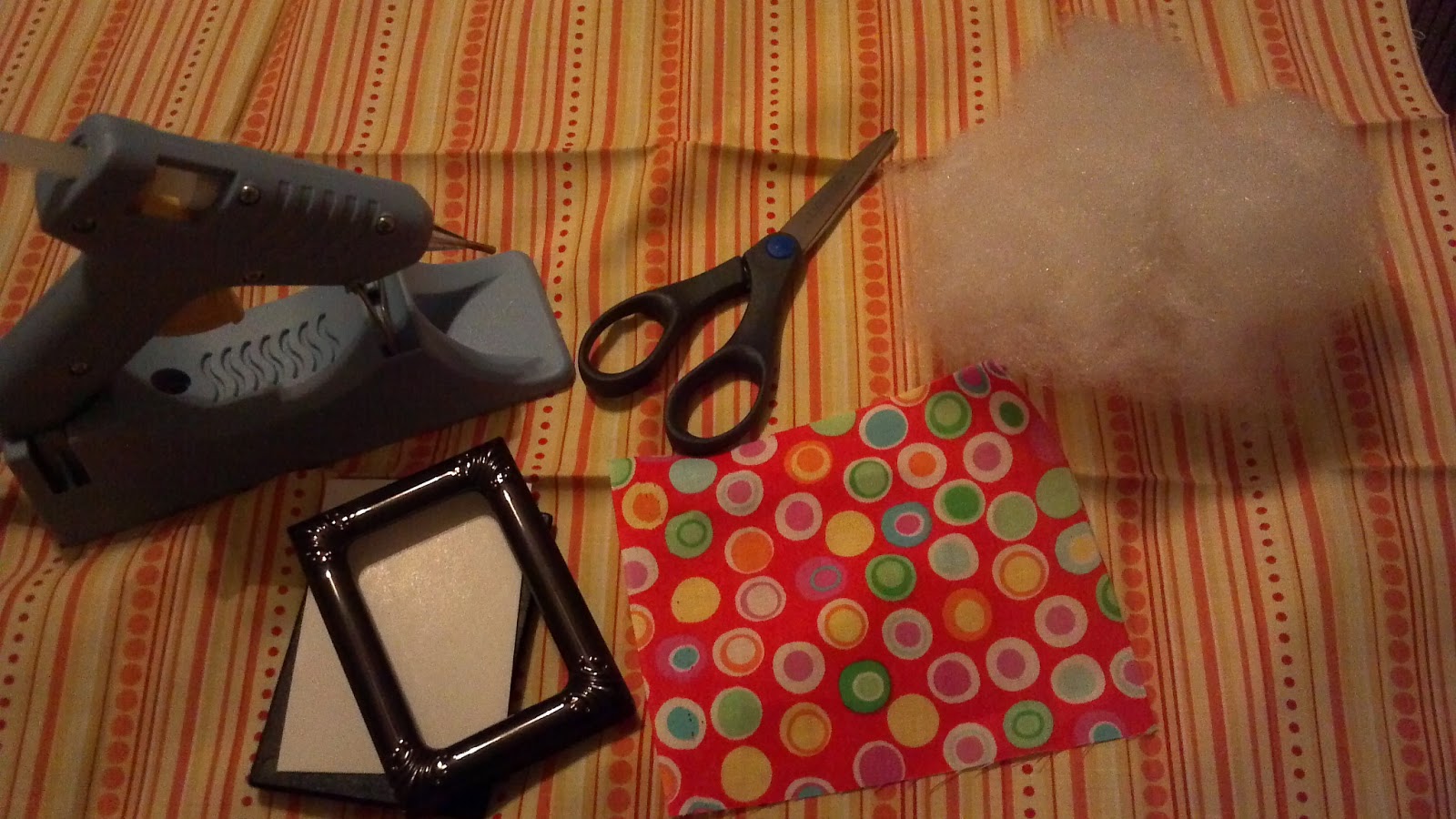 First, take the glass out of the frame. You don't need it, so you can do with it as you please. I'm a proponent of holding onto it for future crafty endeavours.

I used the cardboard that came with the frame as the backing for my fabric. It was sturdy, and it was the right size, so I figured why not. I cut my fabric to fit, leaving enough extra to wrap around to the back.

Then I began to glue the fabric down. I did the bottom and one of the sides first. 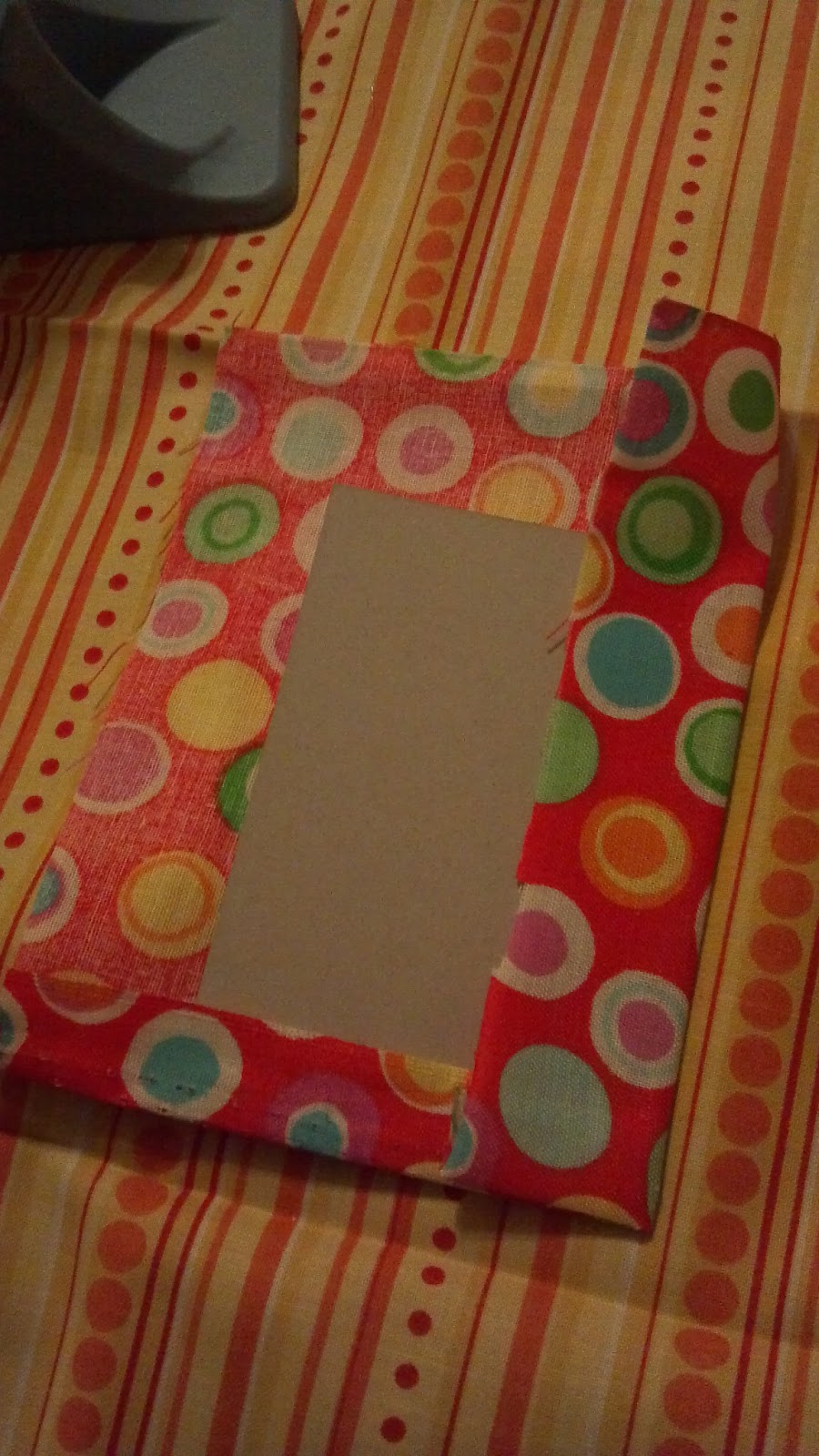 I went ahead and added a bit of the polyfil then. 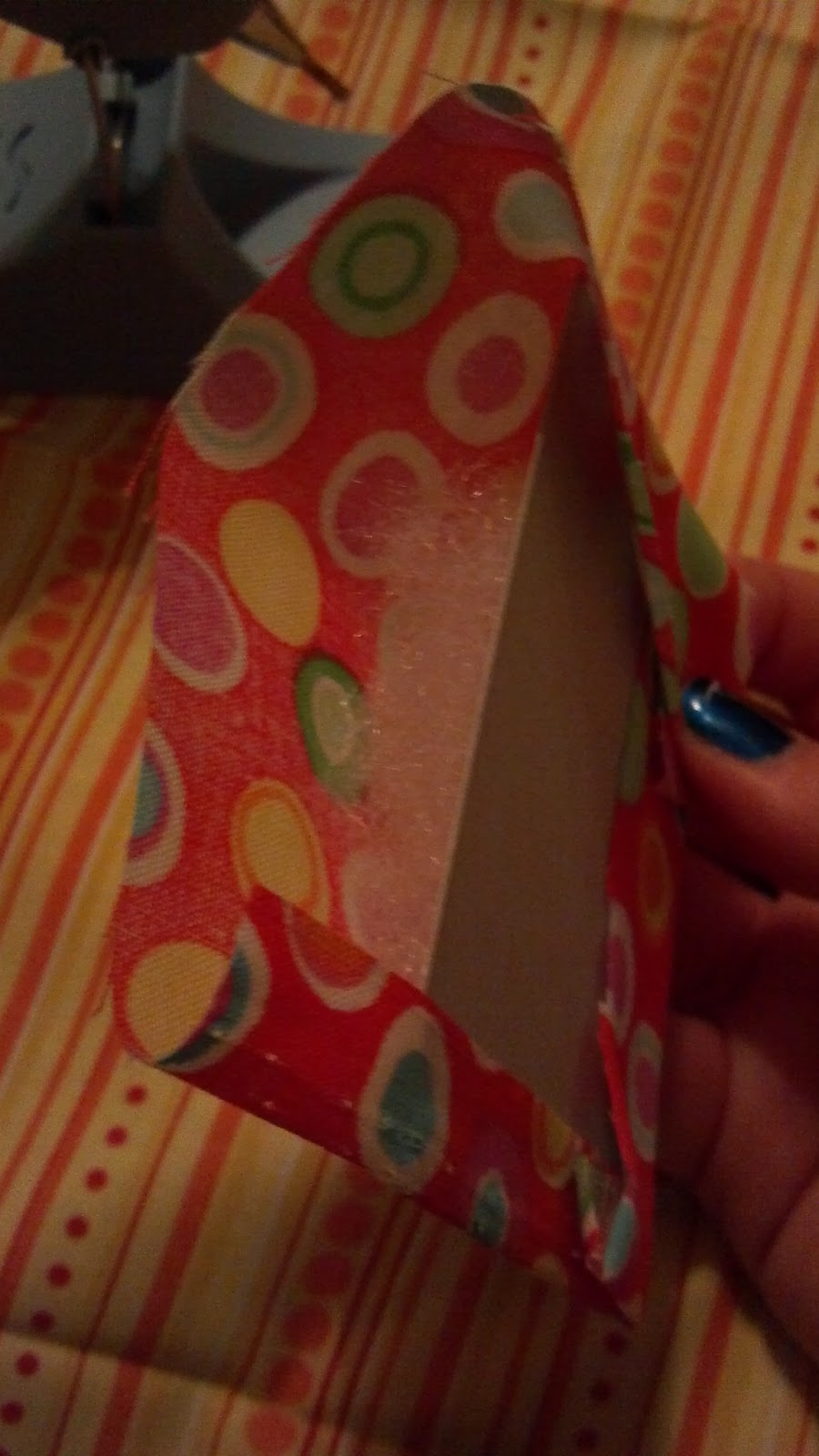 I glued down the top and half of the other side then, leaving a space to add more polyfil. I didn't even use all that was in the photo. Actually, I didn't use much at all. Just enough to lightly pad the cardboard was enough.

After gluing the fabric down completely, I went back and made sure it was secure.
Check out how ugly the back side is... 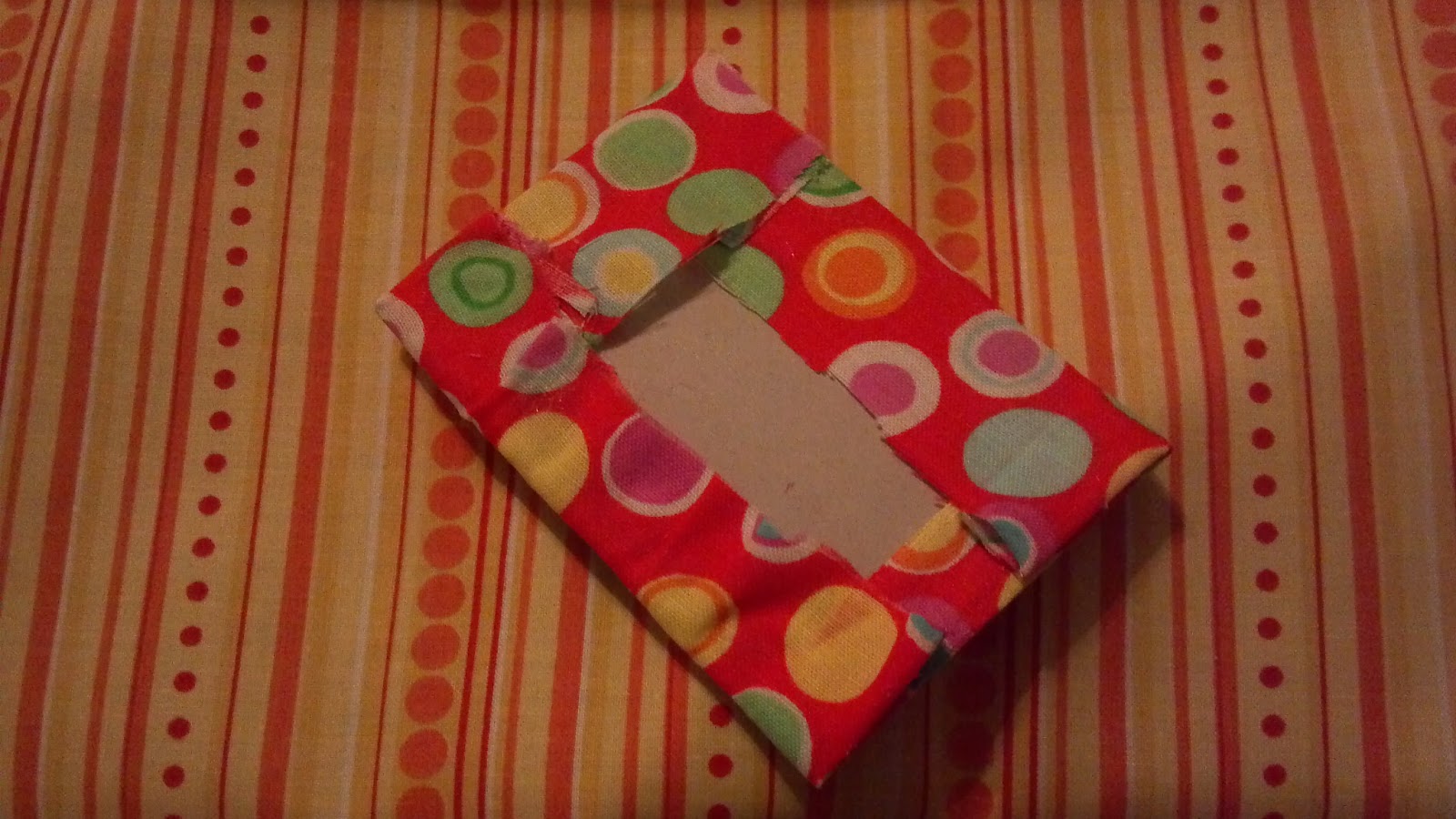 But the front looked awesome! 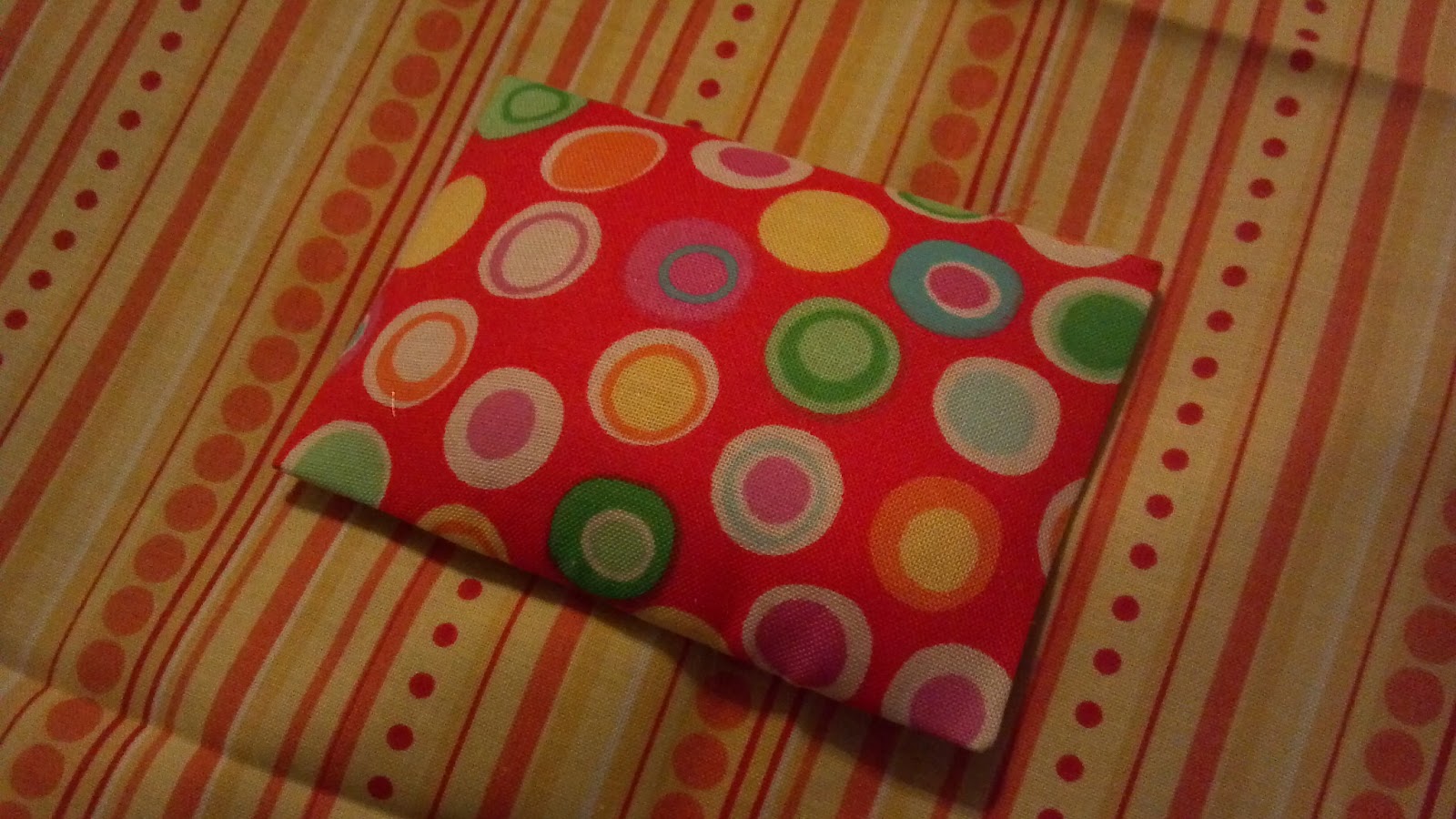 It took a bit of maneuvering to get the padded part back into the frame, but I consider that a good thing. It's in there firmly now, and the frame helps poof out the middle. Which makes it look better as well as work better.

One straight pin later, and it was complete!
Isn't it cute?! 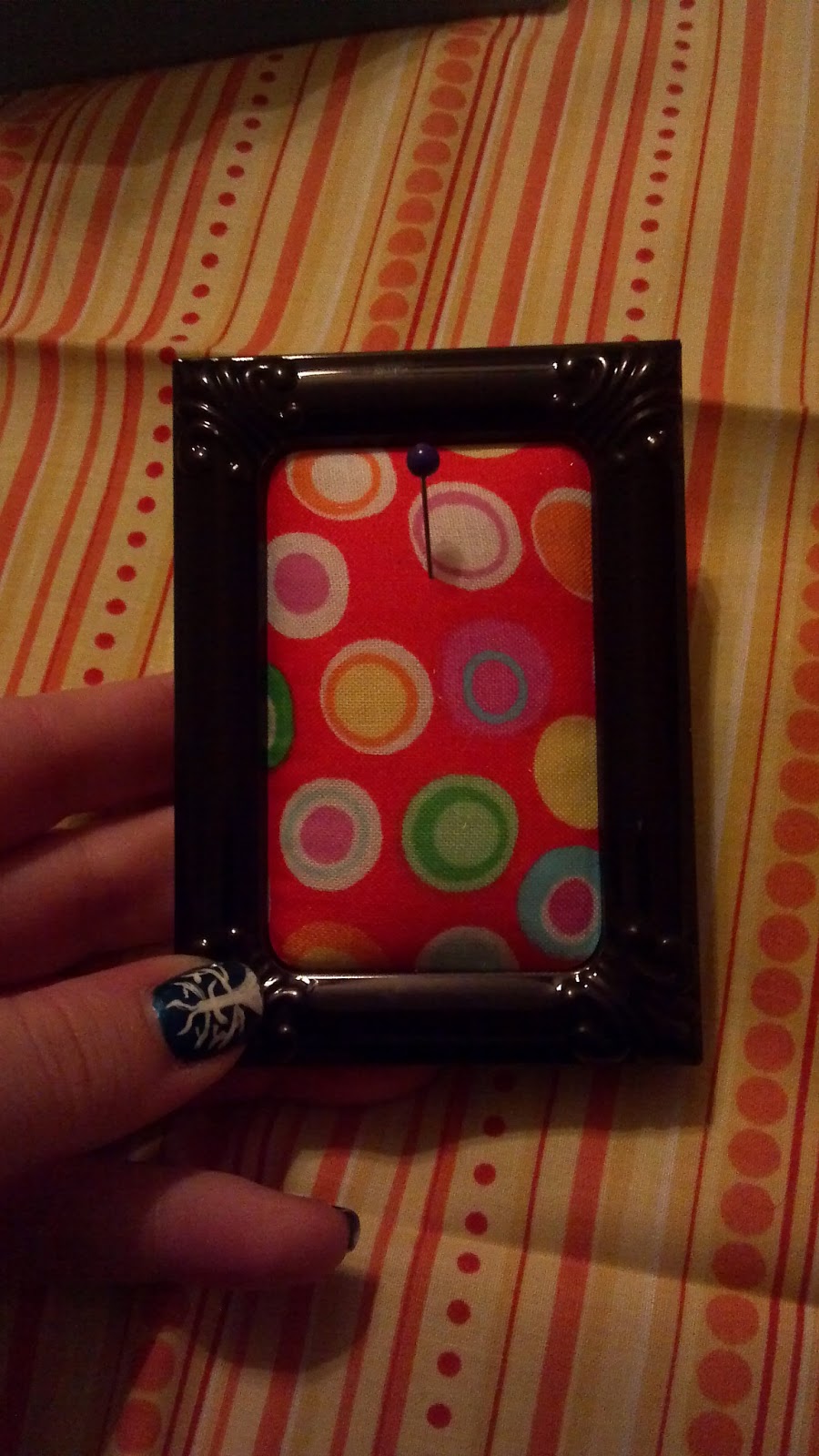 And with rings, just to demonstrate... 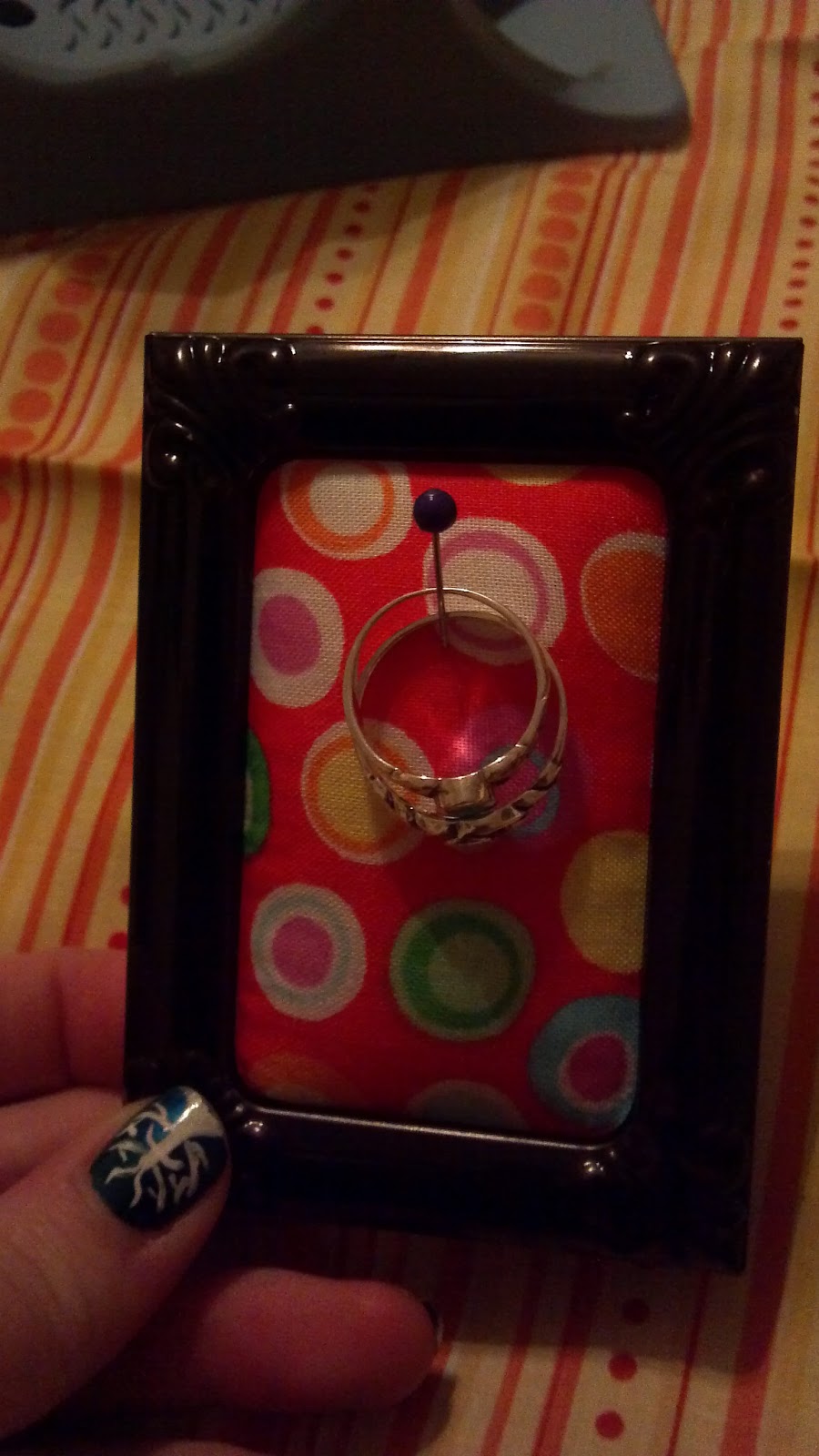 It came out amazingly, and I'm pleased as punch with it.
I sent it to the lady today, and she told me she'd be putting it to use straight away!