One of my co-workers recently retired. I'm happy for her, because she really deserves it and everything...but I hate that she's leaving me!
I tried to bribe her into staying. I even threatened to lock her in the office and refuse to let her go.
Oddly, she didn't like that suggestion.

Since she was set on this notion of retirement, I immediately began scouring Pinterest for some sort of cute retirement gift for her. I knew I'd find something there, and I was not disappointed! Fairly soon after beginning my search, I came across the 'Retirement Survival Kit'. 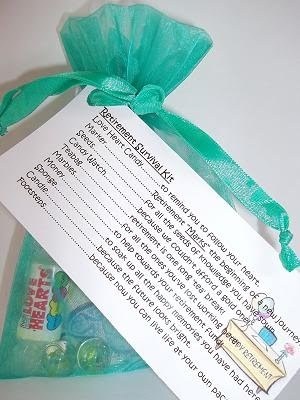 The pin was a link to an eBay auction, but of course my first thought on seeing it was "I can do that!".
So I did. 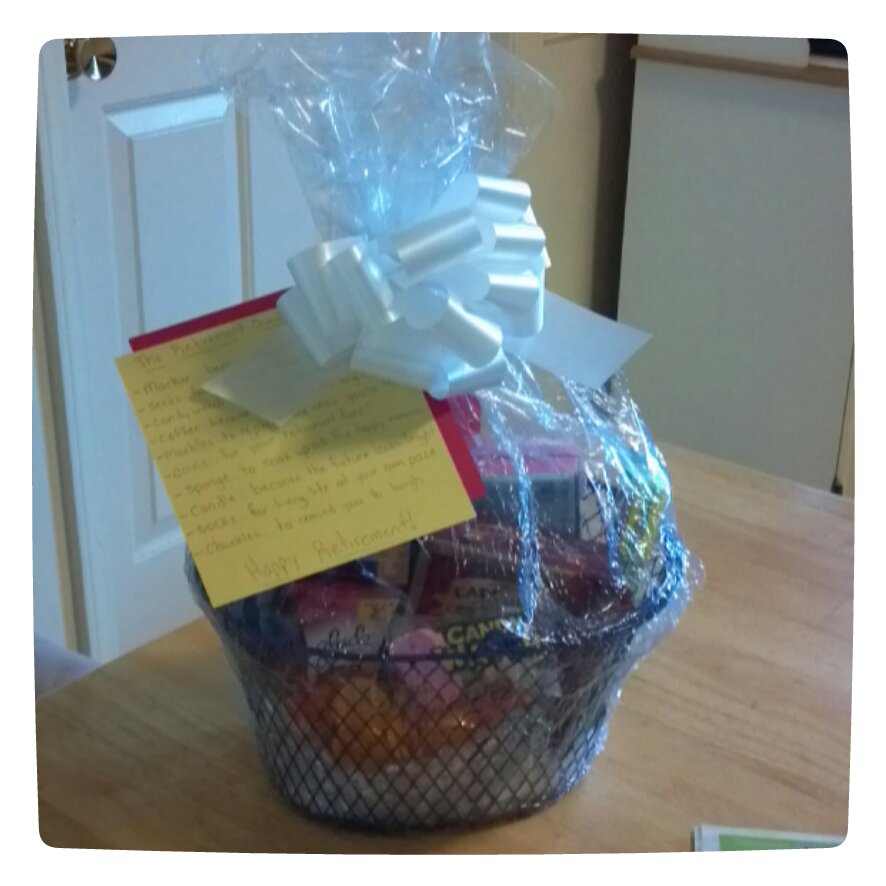 I really should have taken a better photo of it. But this is all I managed to get. So, uh, ta da!

I changed a few of the items around (the original link was from the UK, so some of the items weren't available), but all in all, I think it was a good kit!

Here's the little card I put with it that lists all the items in the kit. It might be hard to see/read so I'll detail it below. 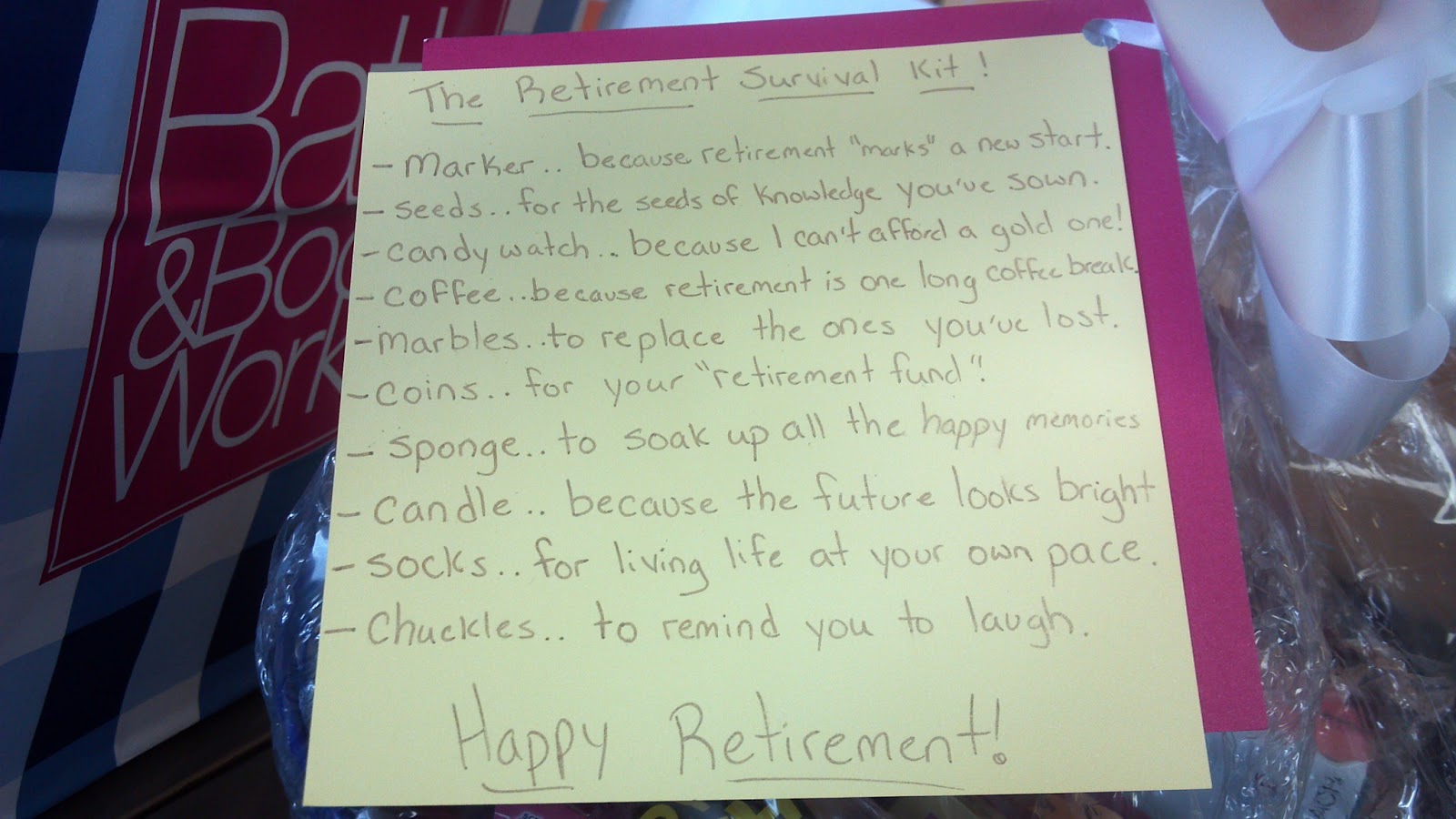 Marker - because retirement 'marks' a new start.
Seeds - for the seeds of knowledge you've sown.
Candy watch - because I can't afford a gold one!
Coffee - because retirement is one long coffee break.
Marbles - to replace the ones you've lost.
Coins (candy coins) - for your "retirement fund".
Sponge - to soak up all the happy memories.
Candle - because the future looks bright.
Socks - for living life at your own pace.
Chuckles (candy) - to remind you to laugh.

All in all, I think the most expensive part of the kit was probably either the marker or the candle. I got a Bible highlighter which was around $3, I think. The candle was around the same price. Everything else was in the $1-$2 range. The basket, filler, shrinkwrap and bow all came from the Dollar Tree, and the cardstock for the tag was some stuff I had on hand.
In total, I probably spent $20 or less making the kit. I'm sure there were ways I could have saved a little here and there, but it really wasn't a major concern.

And my (former) coworker loved it. So that's really all that matters! :)