I love geeky little stuff. A lot. I love messenger bags. A lot. It's even better when the two things I like a lot merge. For example, the Stark Industries messenger bag I saw over at We Love Fine Tees. However, I did not like the price.

So I did what any insane crafty minded individual would do. I promptly bellowed "I can make that!" and set out to do it.

Here's what I used. 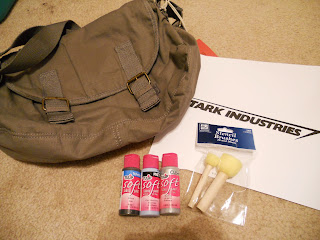 First, I used the mat and knife to cut out the logo to make my stencil. I actually printed this out twice, and I'm glad I did, because I goofed the first one up. Whoops! 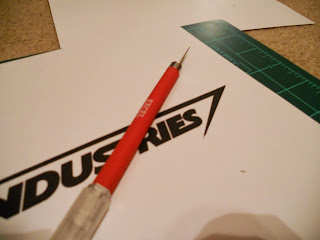 I used the larger of the brushes and the black to paint the front of the bag. It was messy and I loved it. 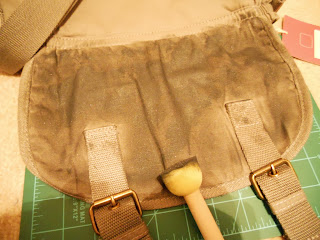 And here my pictures as to the rest of the process have...uh....vanished?

Basically, I laid the stencil on the flap of the bag and sponged the blue paint on. It took about two coats to get it nice and solid, and I did a bit of touch up work with a regular brush. Then, I added the glitter to the trim and buckles.

And now: The final product! 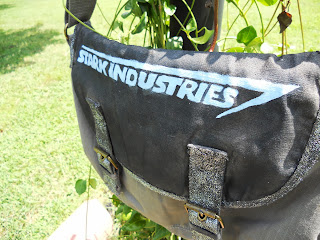 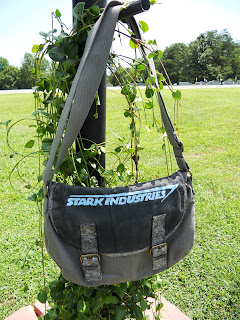 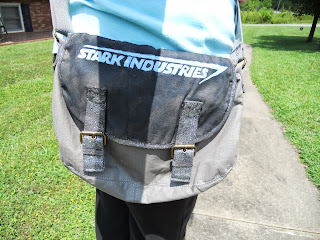 I even dressed to match the day I took pictures, haha!! 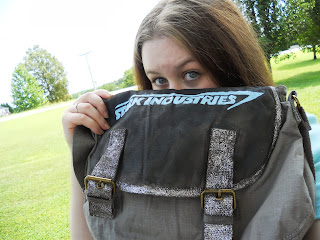 I think all in all, I spent under $25 to make this bag. So my version was roughly half of the inspiration bag. Not too shabby. Plus, mine is unique!

I've had several compliments on it, and I even surprised a few folks when I told them I did the painting. Apparently, they thought it came that way. :)

I have another bag in the same style that's green. I'm thinking that it just miiight need a S.H.I.E.L.D. logo in the future.