November 15, 2013
I meant to have some posts ready and all for the blog this week...and promptly forgot. Whoops!
In my defense, though, my birthday was this week, and so apparently I'm already forgetful in my old age.

Anyway!
Until next week, when I hope to have some awesome new things to share with you all, here's a post about my cat!

Daisy is my very strange 14 year old cat. One of her favorite past times is sleeping in the garage after she's eaten. There is a particular shelf that she has claimed as her own, and more often that not she can be found there.

Usually on top of this box. I don't know what the appeal is about this box, but she loves it. 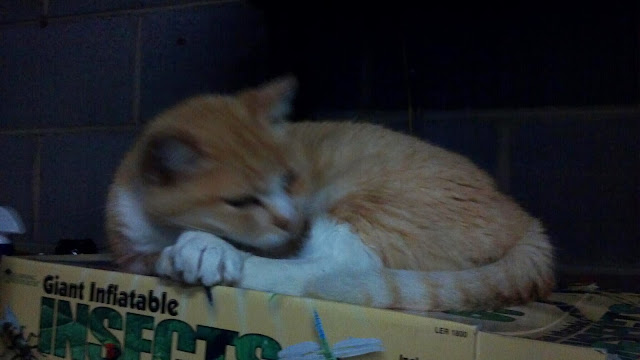 The other morning as I was leaving to go to work, I encountered the following: 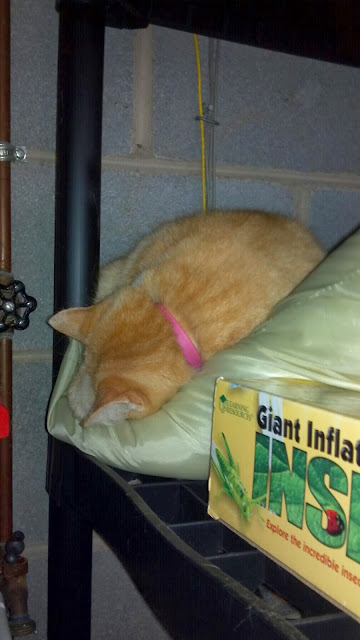 At least she's graduated to a pillow..but....

Seriously. How is that comfortable?!

I'll leave that for you all to ponder, haha! Until next time! :)