November 08, 2013
Last year was my first ever experience visiting the Carolina Renaissance Festival, and I loved it.
So naturally we decided to go back again this year. I didn't take as many photos this time around, but I did get a few! 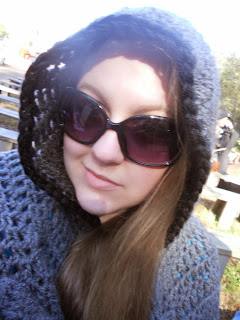 I wore my crocheted cloak, since it was bitterly cold for the majority of the day. It was perfect, as it was lovely and warm, but also quite comfortable and easy to wear. Plus I had one of the shopkeepers gush over it and so I was able to share where to find the pattern/etc with her. That was fun! :)
This was while we were waiting for the Moonie show to start. 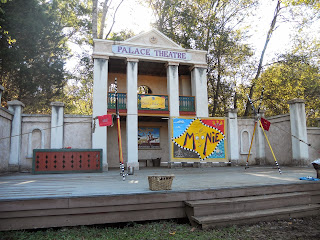 Moonie was a new show for this year, and I sincerely hope he comes back. His show was hysterical, and he is an amazing talent. His act was mostly juggling, with some other acrobatics worked in. The line that his sign is hanging from? He walked it while juggling flaming torches.
Yeah.
It was awesome. 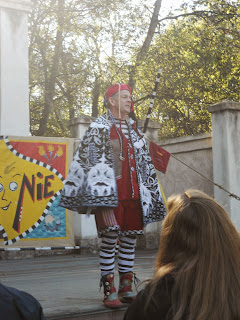 There he is! Moonie himself.

Here's a little video of part of his act.
Listen close at the beginning, right after he has everyone say "three". He drops one of his juggling balls, and some quick thinker in the audience shouts out "TWO!". Priceless.

WARNING: He does make a rude gesture about midway point through this. 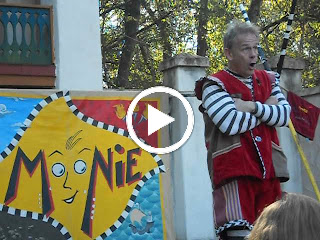 We stayed after this show to see Barely Balanced again....and were quite disappointed to find out they did the EXACT same show from last year. Same jokes, same everything.
Probably won't be seeing them again next year because of that.


We ended up being there on the weekend they were having their Halloween festivities, so there were TONS of people dressed up (not just in Ren Fest attire). I saw an entire family dressed as the Avengers and a Monty Python and the Holy Grail group (THEY EVEN HAD COCONUTS), just to name a few.

And there was this guy.
A Stormtrooper.
Wearing a kilt. 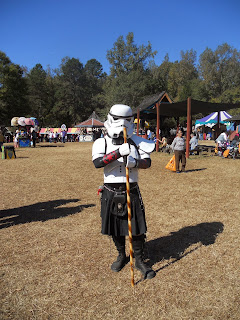 Last year we watched the final joust, but this year we decided to catch an earlier one. Mostly because we were right there at about the time for it to start, so we could get great seats. 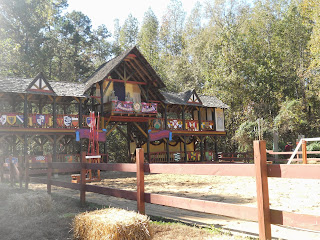 Since this was the Halloween weekend, the knights and squires were having some fun. Apparently, a few of the squires had been 'infected', and one had attacked a knight. He was then announced as being 'quite ill' (though he stated he was merely "HUNGRY"). He ended up attacking another of the knights and biting him during the joust, therefore turning him into an infected too! 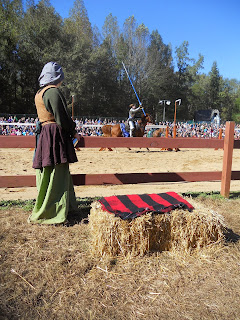 Sir Edgeron during the game of skill - apparently being infected did not effect his abilities much. XD 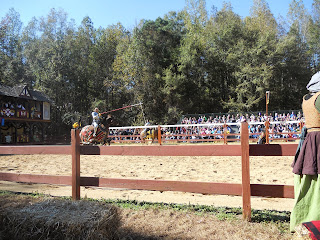 This is Sir Maldrid (who was our knight). He was the one bitten during the joust, and he seemed to be having a lot of fun 'turning' into an infected. 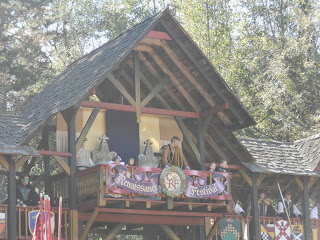 The King (I don't remember his name!) and the princes and princesses watching the sport. 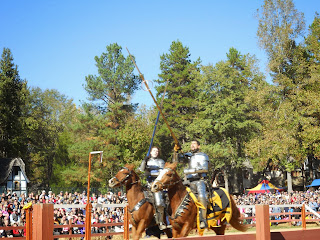 Edgeron and Other Knight Who I Can't Remember attempting to catch a ring thrown by a squire. 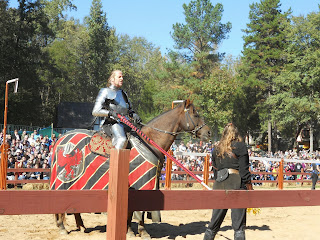 Maldrid hung out in front of us a lot, so I was able to get some decent shots of him. His squire (one of the infected) is in front of him. I think he was yelling at her at some point during this. 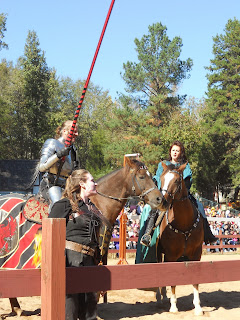 The lady on the right was the Mistress at Arms. She was new (at least to me) from last year. 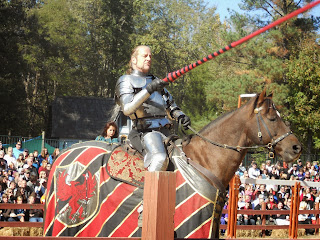 And how's about a perfectly captured sass face to end it up, eh?

This is only a small part of what we did that day, and I wish I had thought to grab more photos of what we did and saw. We've plans to go back next year though, so perhaps I can then!
Also, my brother and I have decided that next year, we are going to dress the part. Which means I have a year to work up something to wear. I'm thinking I might even attempt actually sewing something.
(Insert collective gasp from the audience).
I believe that's another post for another time though, so until then, I hope you enjoyed seeing tidbits from my day!