March 07, 2014
Well. That break from blogging lasted a bit longer than I intended. Life got quite hectic on about the Thanksgiving/Christmas stretch of last year, and so I just set my blog aside for the time being, fully intending to return to it in January.

And then January went thundering past, waving gleefully as it did so, and thus I decided that February would mark my triumphant return.

And then February passed. Oops.

AND SO! Now it is March, and I am finally returned! Hopefully to stay, this time. And now let's move on, shall we?  :)

I don't know how any of you feel about it, but the weather this year has been insane, in my opinion. We've gone from 70 degrees one day, to snow and bitter cold the next.

And while I love snow as much as the next person, I'm starting to feel the itch of spring fever. I'm ready to get my fingers into the dirt and plant things (I'm already plotting what flowers I'd like to try this year!), and just be out and enjoy the sunshine!

Speaking of soaking up the sunshine (what a great segue, don't you think?), one of my favorite places to do such a thing is at my favorite local amusement park, Carowinds!
My cousin and I generally try to go at least once a year, though we bumped up our game a bit last year and went several times. I bought my very first season pass, and with it came the ability to get a friend in for an extremely discounted rate on certain days, so we made good use of it! We're already talking about our plans for this year, as I've gotten several emails from the park about opening day (and their first discounted rate day too!).

Usually for a day at the park, I bring along a little bag stuffed with a few essentials. Sunscreen, chapstick, you know, that sort of thing. I actually tried out several bags to try to find the one that worked best, and while I generally liked the bags I used, most of the time it was a bit of a hassle because they were small and everything had to fit just right inside for it to work. Having to pack and re-pack a bag every time you want something just plain stinks.

Before my friend and I went on our cruise last year, I found this cute bag on clearance at Wal-Mart. I paid a grand total of $5 for it, and I decided it would be perfect to use to carry whatever I wanted around with me while we were in port, or even on the ship.

Let me tell you, that bag ended up being AMAZING.

The bag ended up being the perfect size to lug around whatever I wanted or needed, without being too heavy or cumbersome. There was even room for a bottled drink, and my hat (I think the hat is actually in the bag in this shot). The strap was super comfortable, too, so I had no problems wearing it all day.

I've decided it's now going to be my go-to bag for Carowinds, but in all honesty, it needed some jazzing up. Not that it wasn't cute before, but it just had so much potential!

First I washed and dried the bag, to remove any residual Caribbean gunk, haha! 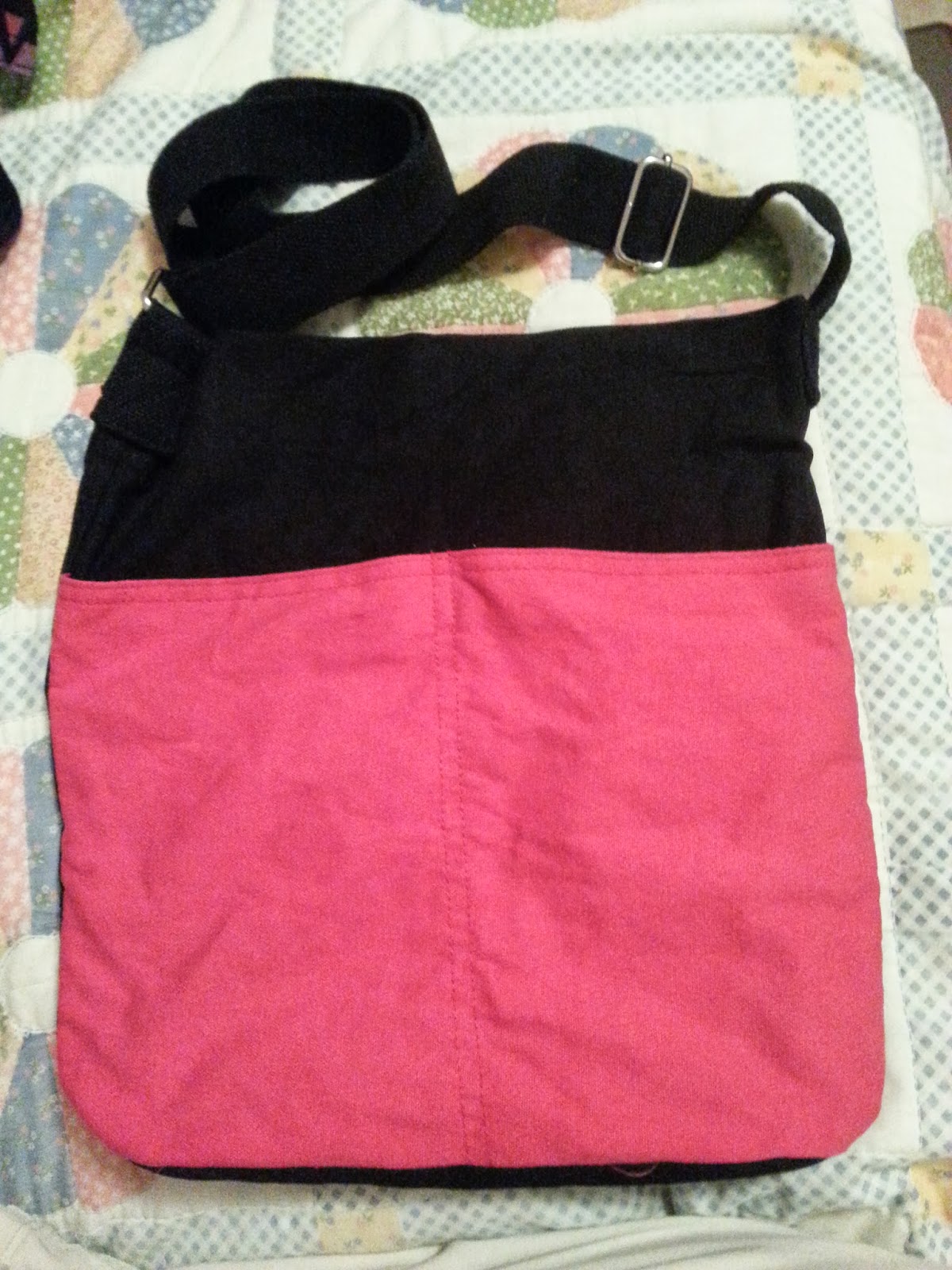 Then I broke out these babies. I picked them up at Joann Fabrics; I think originally they were $5, but I used a coupon for 40% off. Gotta love those coupons! 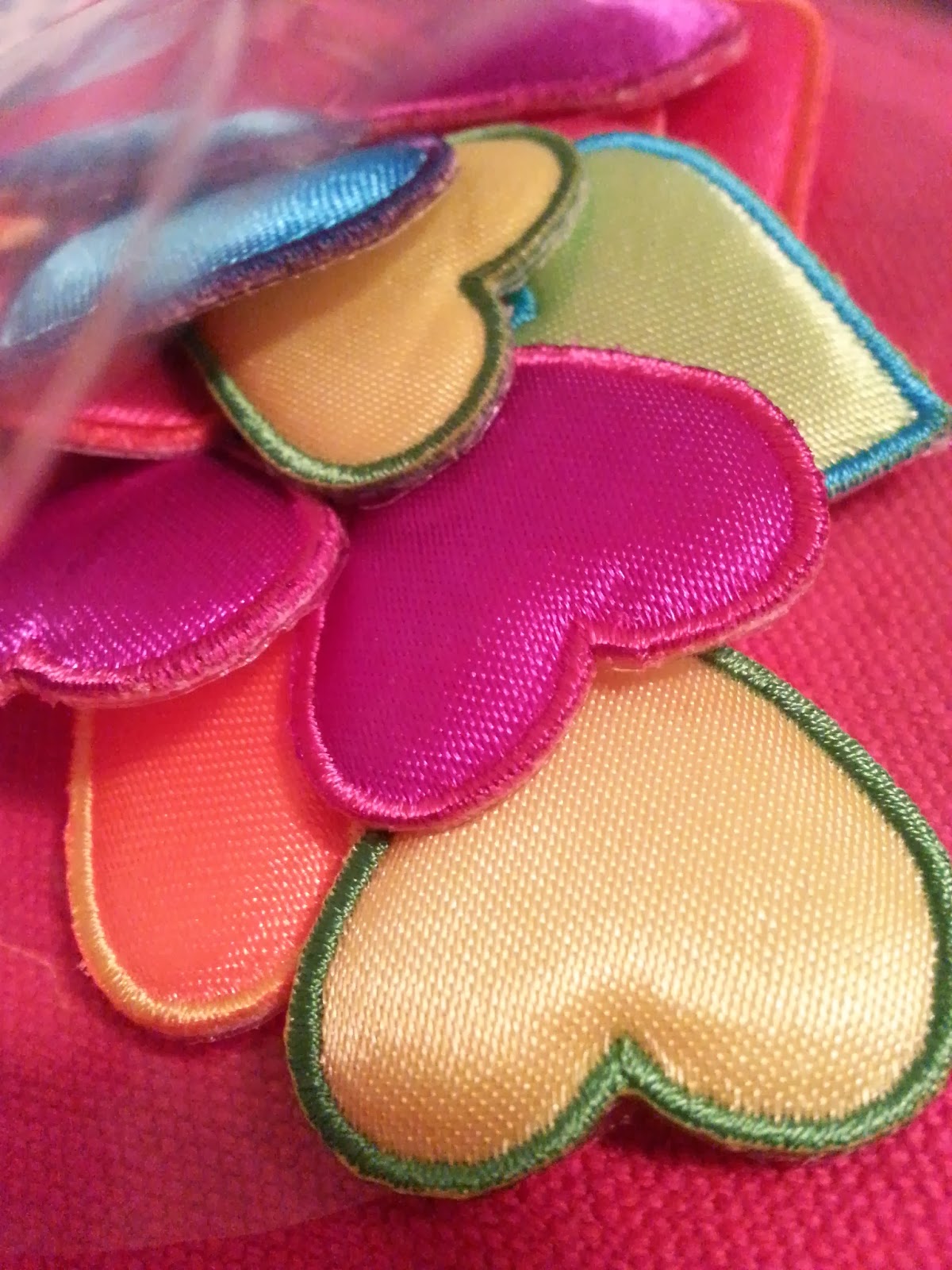 I arranged them into a pattern I thought looked snazzy, and then ironed them on! Easy peasy! 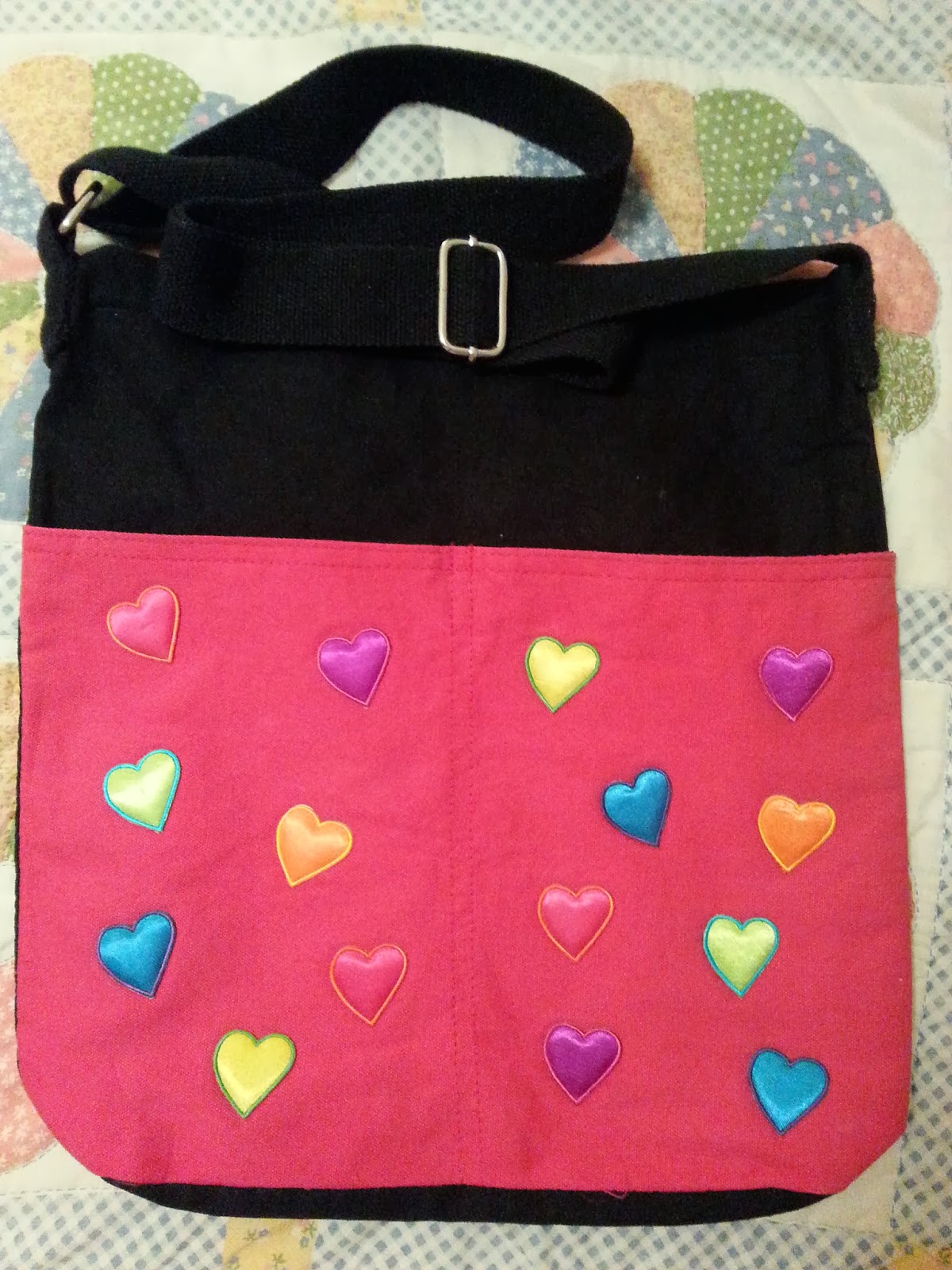 I think I'll go back with some clear nylon thread and sew around each patch, just for security. This bag is likely going to take a beating, when it gets put into use, so I want to make sure I don't leave hearts sprinkled all over the pavement at Carowinds, ha!

I think the bag looks adorable now (not that it wasn't before...now it's just better!). It's just right for a nice Summer day at the theme park, don't you think? :)