I Broked My Car

May 30, 2014
Given that my commute to work has lengthened considerably, I have become on very good terms with my car's cruise control. It's a marvelous thing, it really is, to just switch it on, set the speed and let the car take care of at least that small portion of driving.

Imagine my surprise, however, when I pushed on the little lever to set the speed....and the entire thing just snapped!


The wires were all still attached, so technically it would still work, only I wouldn't be able to control anything using the lever. Plus, it flopped around on the steering wheel anytime I had to turn, and was really annoying. 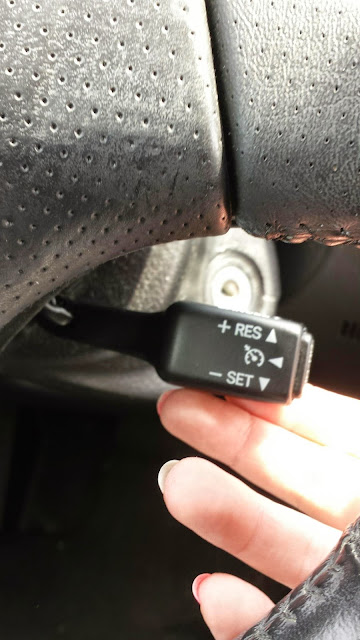 Yep. I broked my car.

So I did what any normal (HA!) person would do. I busted out some Krazy Glue...
And I glued my car back together. 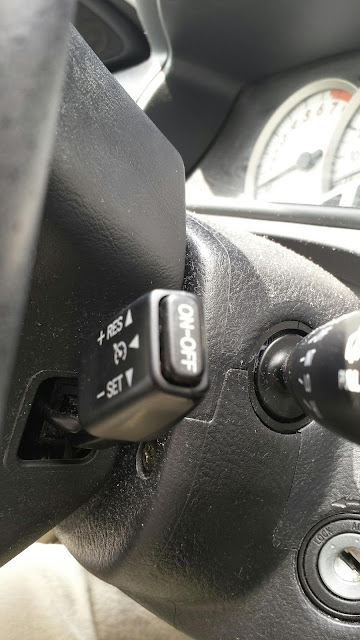 I do plan on having it repaired properly as soon as possible, mind. I don't really intend to drive around with a glued together cruise control knob for an extended period of time. This is just a temporary fix to keep myself sane until I can get it fixed. Having it just dangling there just wasn't going to cut it.

I was sorely tempted to use some ducktape to repair the damage, but I exercised some considerable restraint and did not.  I'm not really sure if Krazy Glue was any better of an option, but hey, it worked.

Also, I know I say this a lot, but I do have some new ideas for posts that I hope to have up fairly soon. I'm trying to work my way back into blogging regularly again. Until then! :)