August 11, 2014
In my last post, I detailed how I've been making blankets to donate to Hospice. I've tried to use an assortment of colors/styles/etc, to accommodate a variety of people.

It's no secret that I am a huuuuuuuge nerd, and especially fond of superheroes and the like.
So naturally, when I saw this Spider-Man fleece in the remnants section of Hobby Lobby, I knew I had to get it. Not only because I liked it, but I just knew I needed to buy it.

I debated keeping it for myself, at first, but then I figured someone coming through Hospice could use it more than I could. I even distinctly recall telling someone about it, telling them "You never know, someone might come through, and Spider-Man could be their very favorite. thing. ever."
So I finished it up, trying to find an appropriately spiderweb-ish edging to use on it. 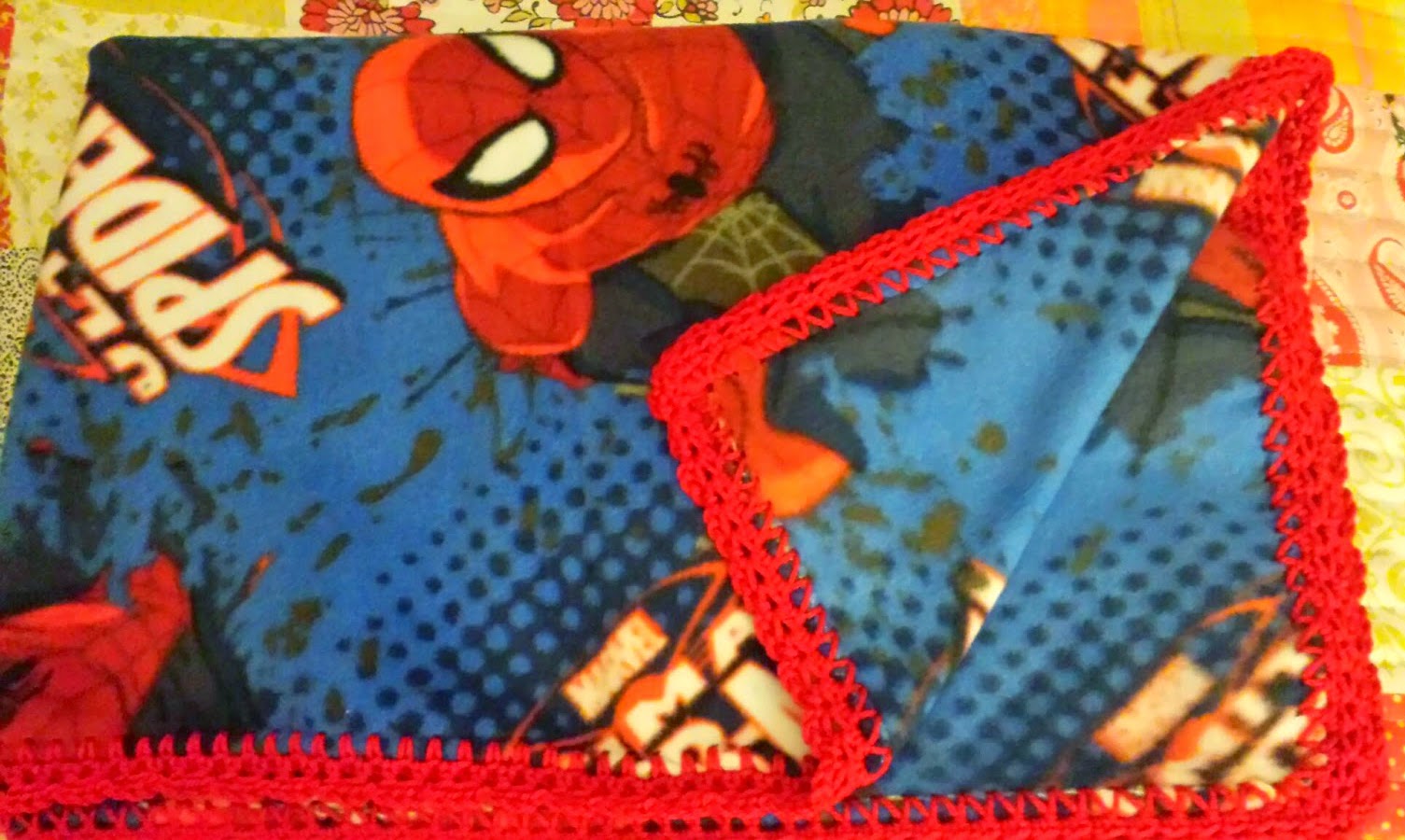 When I took the blanket to Hospice, the workers in the volunteer department mentioned they had a young boy that might be interested in it, or another one I had taken (one with dinosaurs).

Fast forward a few days. I found out through the grapevine that the workers had found out that the little boy's favorite superhero was....guess who? SPIDER-MAN.
Not only that, his birthday was coming up, so the blanket had arrived at JUST the right time.

Honestly, I'm so gobsmacked by the whole thing. Sure, I said that maybe someone would come along that loved Spider-Man, and would therefore love the blanket....but I guess I didn't really expect it to actually happen.

Most of all, I'm amazed at how God put things into place. Not just for me to find the fleece in the store like I did, but to finish it at just the right time, AND get it to Hospice in time for it to be available for who it needed to go to.
Don't get me wrong, it's such a blessing when God works in a huge way, but there's just something about those little things that I love even more. To know that God is concerned over the small things - even something so simple and seemingly insignificant as a Spider-Man blanket - is mind boggling and humbling.

What a marvelous and magnificent God, and what an honor to serve Him!