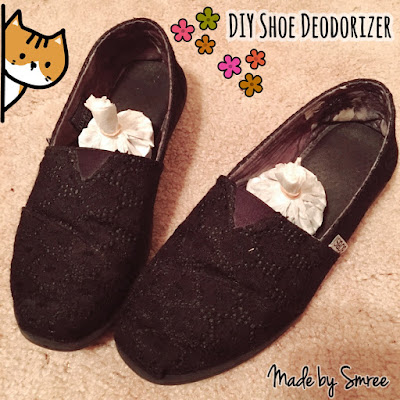 ﻿
These shoes - a simple, unassuming pair shoes - are some of my absolute favorites. 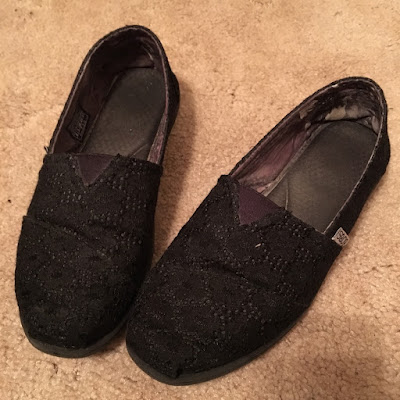 They are insanely comfortable, even when worn all day, and while they're a bit on the casual side, they still look okay enough for office attire.


I've paired them with dress pants, leggings, skirts, jeans...pretty much anything and everything.


There's just one problem - after awhile, they began to stink.

Like, so much that when I took them off after the workday, the smell lingered in my room for quite some time. I tried a few different sprays/powders, hoping that would kill the scent and whatever odor causing issue there might be. It would work for awhile, but then the smell was right back.

I actually debated just buying another pair of shoes, and downgrading my current pair to a lesser shoe status. But then I started thinking, and decided to try making my own shoe deodorizer, and see what happened. After all, what was there to lose?


Here's what I used: 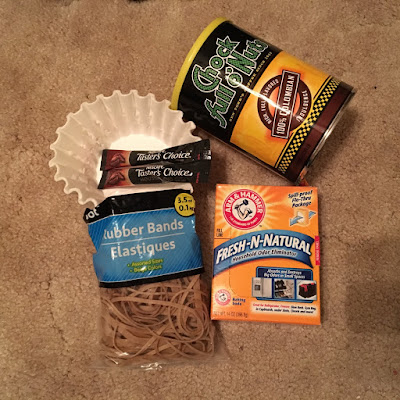 
I purchased the majority of the items at the dollar store, and it was after making the first batch that I realized the coffee 'sticks' (the prepackaged amounts you simply add to water) were just not going to be enough. So I went back to the store and purchased a larger can.
(Also, I grabbed a box of baking soda that said "do not open top". Don't tell me what to do, baking soda. >.<)


From here, it's pretty simple. Take two coffee filters, add some baking soda and coffee to each, twist closed, secure with rubber band, and boom! Done.
I used roughly two spoonfuls of baking soda and coffee in each of the deodorizers I made the first time, and it was a bit much. The second batch I used about a spoon and a half, and it worked much better. 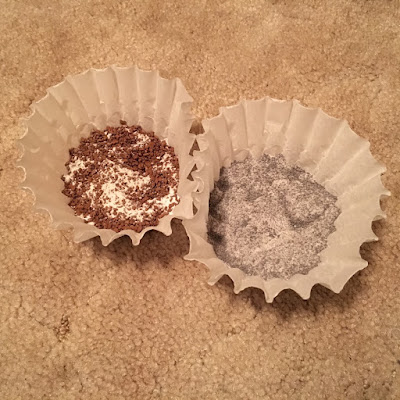 I did find that the darker roast coffee, having a stronger scent, works much better for deodorizing. It is pretty strong, though, and it will make your shoes smell a bit like coffee, so if it's too strong, feel free to use a lighter roast. It will still work.﻿


﻿
Once your deodorizers are made, just pop them into your shoes and let them sit. I usually leave mine in overnight, at the very least. 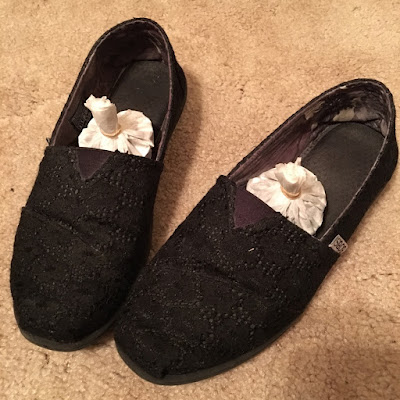 I've been using these for about a week or so now, and can tell a HUGE difference in my shoes already. There's a very faint smell still, but I'm pretty confident that it won't be around much longer. My shoes smell more like coffee now than anything...and that's definitely not a bad thing. :)
Hope you enjoyed!
﻿