Cleveland Rocks! (and is wet!)

May 16, 2017
I flew up to Cleveland a few weeks ago to spend some time with a friend, see the sights, and visit Cedar Point.

This photo pretty much sums up the trip. 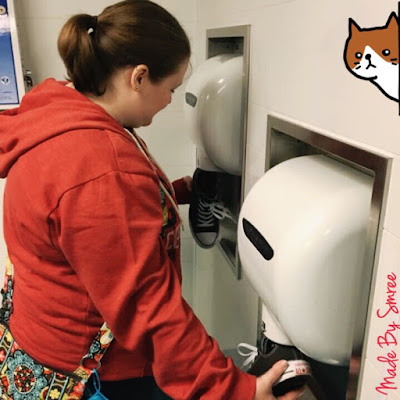 Yes, that would be me holding my shoes underneath the hand dryers in a bathroom, in an attempt to dry them off. Fortunately, there are no photos of me holding my Pikachu socks under the dryer before this.

Okay, okay, it's not fair to blame Ohio, is it? But really. I flew up on a Wednesday, and that was the ONLY day of my trip that there was no rain.

Despite this, it was an amazing trip! Because of the rain, we ended up doing a few things that were unplanned, and re-working some things on the fly. More on this later.

This post is going to be pretty photo-heavy, so be warned. I may do some separate posts later focusing on specific places/restaurants/etc, but for now, here's just a brief overview. :) 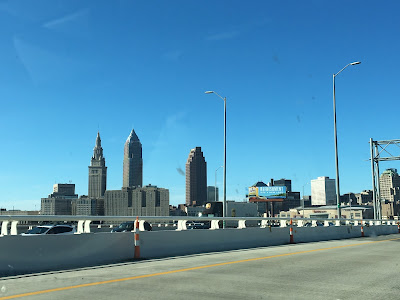 First view of Cleveland! I was really impressed with how pretty the city was - in my opinion, it was a very clean city, very open and airy. And big. 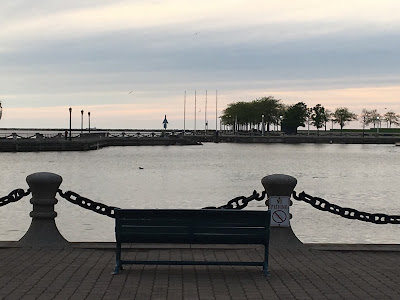 A view of Lake Erie behind the Rock and Roll Hall of Fame.  I was a fan of the lake at this point. 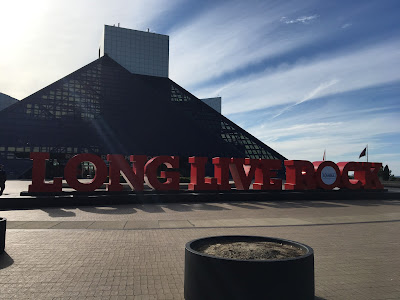 Outside the Rock and Roll Hall of Fame. This was my first visit here, and I already want to go back. There was so much to see! 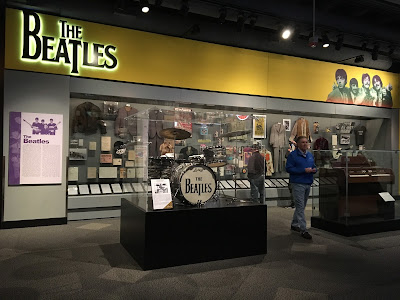 This was probably my favorite section of the whole place. I could have spent so much time here. 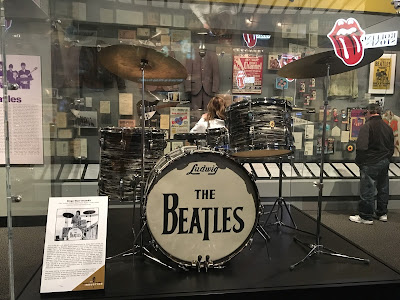 We had made plans to visit Westside Market on Thursday, but found out the night before that it is closed on Thursdays. Gah! This is why you read websites and stuff very carefully. So we decided to go to the Cleveland Museum of Natural History instead. It wasn't something we planned on doing originally, but it ended up being a fun way to spend the morning! 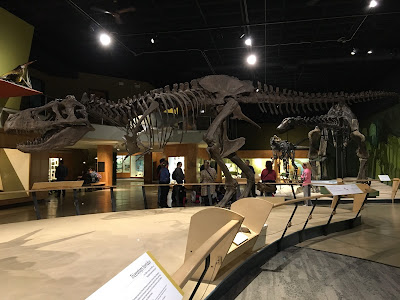 I even made a new friend! 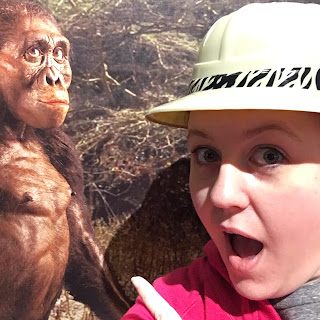 We then went to see the house from A Christmas Story. It was pretty random, but interesting? It's just a house in the middle of a quiet neighborhood. It's so weird, you drive along and its just random houses and them BOOM. Christmas Story House and museum. And then the neighborhood continues. I wonder how the other residents feel about it, actually. 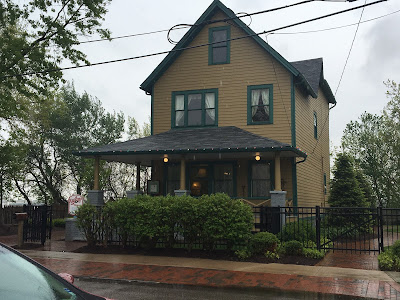 The worker at the museum recommended a few 'rainy day' activities for us. He recommended driving through Playhouse Square, where they have the largest outdoor chandelier in the world. It actually took us a couple tries to find it, but it was pretty neat! 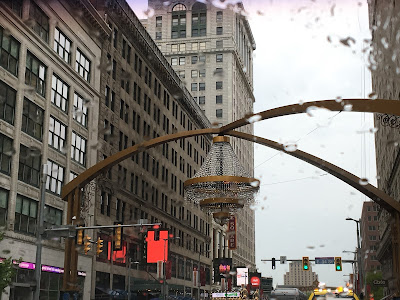 Please ignore the rain splotches on all these photos. >.< 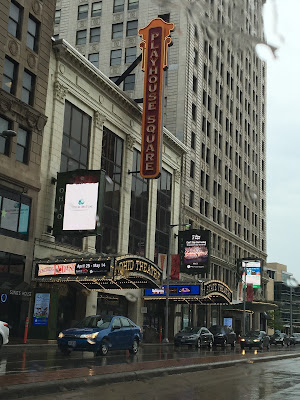 Cleveland had some really cool architecture. I would love to visit again in nicer weather to see more of it up close. 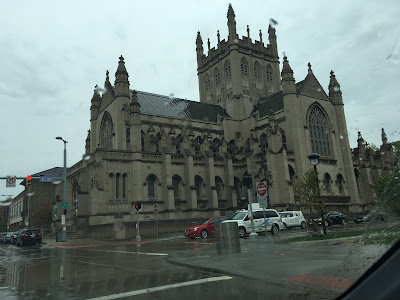 One of the unplanned things we did was visit Lakeview Cemetery. Visiting a cemetery may sound odd, but it ended up being one of my favorite parts of the trip.

One of the main 'attractions' (that sounds so wrong), was the Garfield Memorial. 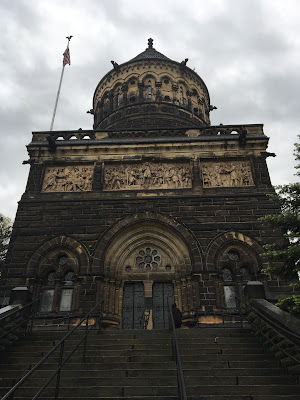 It's dedicated to President Garfield, who is actually laid to rest inside the memorial with his wife. The inside of the memorial is gorgeous with lots of mosaic/tile work, and a beautiful statue of Garfield. 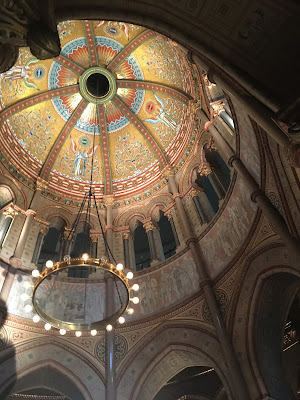 Unfortunately, taking these photos and looking around sent my head spinning (yay, vertigo!), and so I didn't venture down to the crypt to see the President. Maybe next time.

The cemetery also has a memorial to the Rockefeller family, who are buried there. 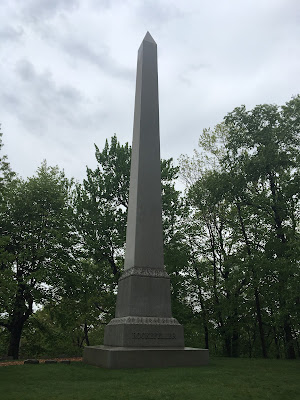 There are several 'famous' people buried in Lakeview. One of whom is Eliot Ness (who I demanded we find, because he was an epic man, for a lot of reasons). 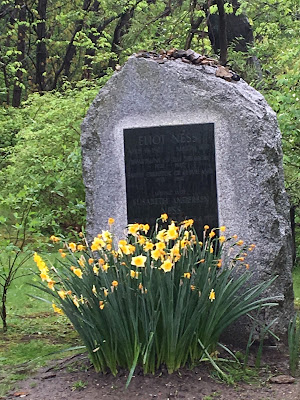 There was much more to the cemetery, but for length's sake, I'll save it for another time. :)

Friday was the day we planned to go to Cedar Point. 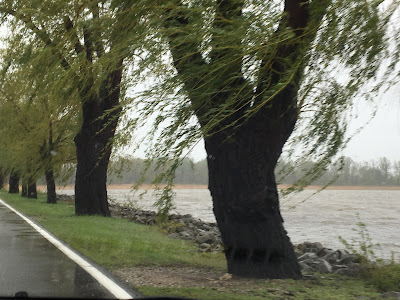 I was no longer a fan of Lake Erie after a venture down Cedar Point road (so much flooding, massive waves crashing over the road/cars, general scariness..) 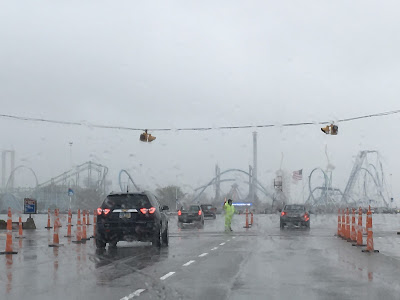 We ended up staying only a short time at the park because it was wet, cold and miserable.

However, it ended up working out okay, because we were able to visit Westside Market! 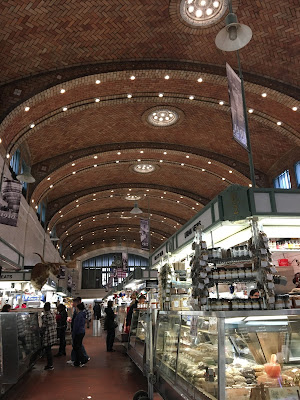 I LOVED the market. There were so many great stalls with various foods, and I ate sooo much. This was where I used the hand dryers to dry off my shoes and socks, so I'm pretty fond of the place for that as well.

But the food was the main draw. 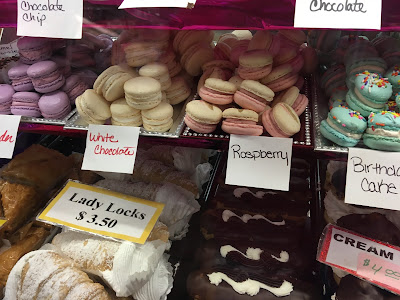 And that's pretty much it. It was just a short trip, but I feel like we packed a good amount of adventures into the time we had.  And while a lot of the things didn't go exactly as planned, we ended up visiting some places that were well worth the while. So that just goes to prove that even if your plans don't work out, you can still find ways to have fun!

As I said, I plan to do a few more detailed posts later on about a few of the locations we visited (like the Cemetery!), and the restaurants too, so be on the lookout for those in the very near future!

One last photo, because I love how clouds look from above. 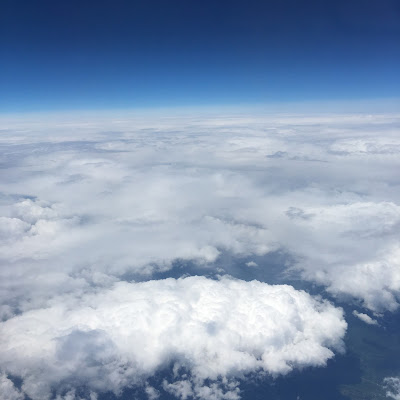