September 30, 2017
Back in March, I had to say goodbye to my sweet little dog, Pepper. She had been sick and hurting for a long time, and it was ultimately for the best, but that hardly made it easy. 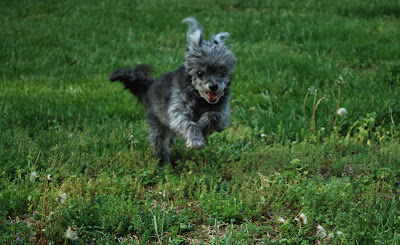 We had spent nearly fourteen years together, after all. Years.

Years of seeing that sweet face looking at me all sad from the bathtub on bath day. 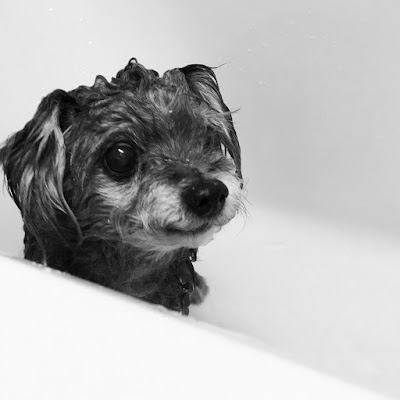 Years spent playing together and giggling at her silly antics. 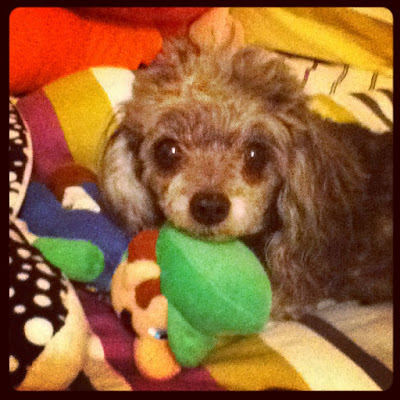 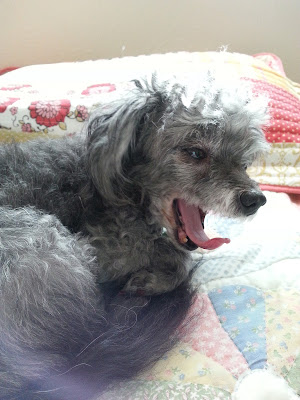 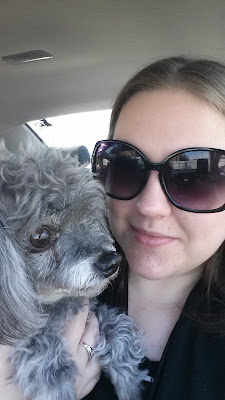 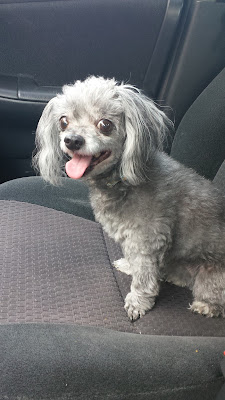 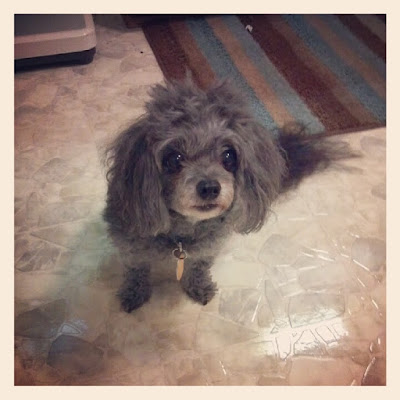 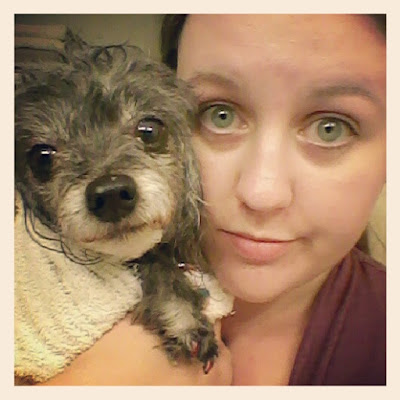 I wouldn't trade those years for anything.
She was such a special part of our family, and I still miss her. I mean, you can hardly spend fourteen years together like that and not feel that way. 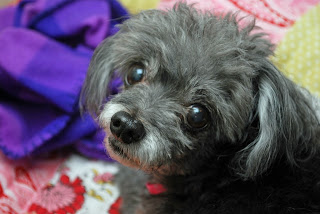 I missed having a furry little companion around to share life (and Pop-Tarts) with.So, a few months after saying goodbye to sweet Pepper, I began toying with the idea of adopting another dog. It wasn't that I wanted to replace Pepper, because I knew that wasn't possible. And I knew I didn't want to buy one from a store or breeder. I wanted to adopt.

I downloaded the Petfinder app onto my phone, and every so often would browse to see if any of the dogs there caught my interest. There were a few that I liked, but none really seemed to be 'the' dog.

Then I found this. 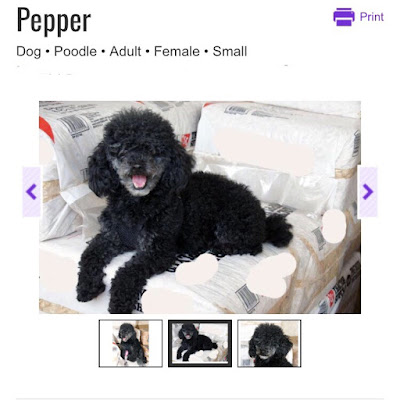 Needless to say, I was pretty intrigued. I contacted the rescue group, and after jumping a few hoops and quite a bit of legwork on my end, we went to meet the little furball. She had just had surgery, and so she was a bit out of it, but I fell in love with her immediately. 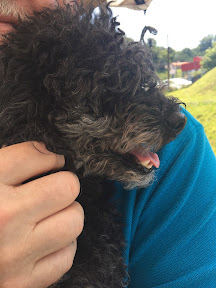 The day we met her, we were informed that over FIFTY applications had been put in for her...but they kept coming back to ours. The rescue workers told us that if we wanted her, she was ours, but she would have to stay with them a bit longer to recover/etc.

But the longer we spent there with her, and the more we talked, they decided we could take her home that day!

I think they realized that it was meant to be. 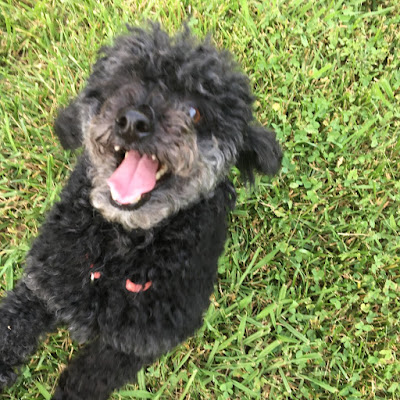 We've had her for a few months now, and it's been so much fun learning her personality. She's super cuddly and loving, and has fit in so well its almost scary! 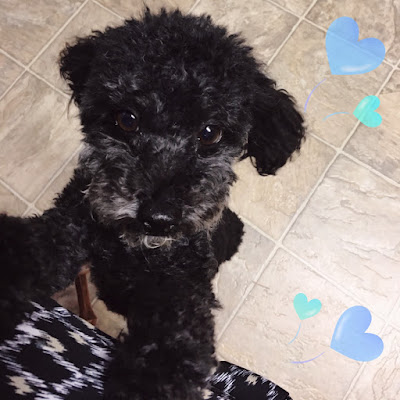 She's young enough that she's still very playful, and she loves when I bring her new toys.

She's even okay with posing for pictures now and again. 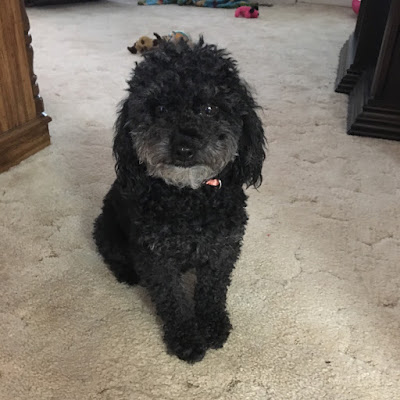 And now I have a new little face to look at me forlornly from the bathtub, too. 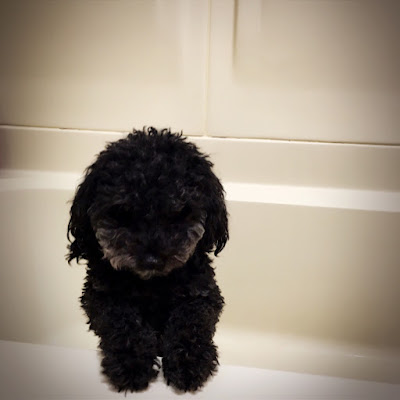 She even lets me do this. XD
(Her shirt says "I give free kisses", which is oh so very true!) 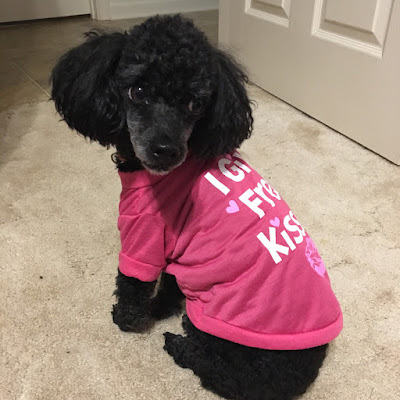 To prevent confusion at the vet's office with their computer system, we have officially dubbed her "Pepper Mint". I think it suits her well. 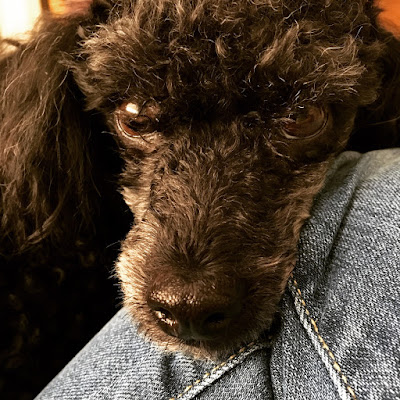 Here's hoping for many wonderful years together, Pepper Mint. I'm excited about spending them with you.