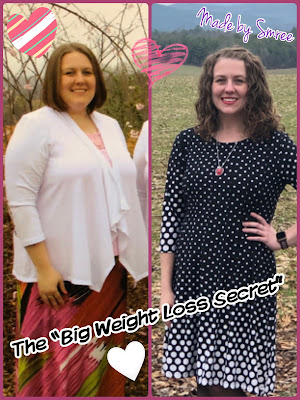 Since January of 2018, I have lost a little over 70lbs.  I probably would have lost a lot more by now, if I did not have a serious addiction to sweets, tacos and french fries.  And I’d probably lose more if I actually exercised more regularly, too, but that’s not the point of this post.  Actually that will probably come up in a later post, but I digress.  Back to the main topic.

Obviously, due to my weight loss, people have noticed a difference in my appearance, and have asked a lot of questions regarding my self-improvement journey.  One question has come up repeatedly, and it’s one I felt warranted a more in-depth discourse here.

Let me address right away that there is no ‘big secret’ to weight loss.  There is no magic pill, no ultimate diet plan, or a dummy proof guide.  My ‘secret’ (if you can call it that, even) is fairly simple.

Motivation, a plan, and commitment.  That’s it.

So, let’s start at the beginning, shall we?  Let’s go alllll the way back to December 2017.  Dressed in my Christmas finery, and feeling pretty good about myself in said attire because hey, it was Christmastime and I was feeling festive, a friend and I posed for a photo together in front of my church’s Christmas tree.

Here’s the photo in question.  Well, the part that has me in it, anyway.  I’ve cropped out my friend for privacy’s sake.

This photo was ‘the moment’ for me.

This was the moment I knew things needed to change.  Truthfully, my first reaction when I saw the photo was ‘I look exactly like Tweedle Dee or Tweedle Dum’.  You know who I’m talking about, right?  These guys, from Disney’s ‘Alice in Wonderland’. 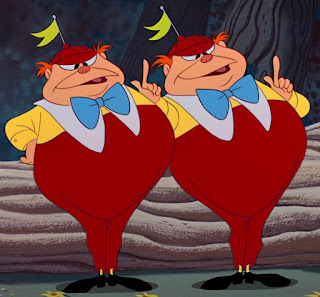 I looked at the photo of myself and realized just how far I had allowed myself to go.

From the time I was around 12-13 years old, I was overweight, and I’d never been truly comfortable with how I looked. I had made attempts as a young adult to be healthier, get in shape, all that jazz, but those had never lasted very long.  Over time, I had grown progressively more uncomfortable with how I looked in general, how clothes fit and how they looked on me, and was just generally unhappy and uncomfortable in my own skin.  I was not in good physical shape either, and I knew it.  Walking from my car in the parking lot into my office (which is NOT a long distance by any means) would wind me, as would going up and down one flight of stairs.

Not only that, but 2017 was a rough year in many ways for my family, with numerous health concerns and some frankly pretty scary stuff all around health-wise.  This, coupled with everything listed above, gave me the push I needed to start making changes.  I knew if I didn’t start making some changes now, I was only contributing to the possibility of my having long-term health issues later in life.

And thus, in January 2018, I decided to start making diet changes, incorporating protein shakes as meal replacements, and...doing nothing else, actually.  I’m not really sure what I thought was going to happen, looking back on it.  But it was a start, albeit not the greatest start.

Anyway, I lost a whopping 7lbs, which was a start at least.  But then, in March, I joined a fairly well-known weight loss program that I had known of for years, but had never given a chance.  I joined the cheapest, digital only program, since I use my phone for practically everything anyway, and took off.  I wanted something that would be easy to implement into my daily life, and the monthly fee was an additional motivation to stick with the program.

The program was exactly what I needed at that time, and over the next few months I saw my weight starting to drop.  Honestly, the plan was really simple and easy to incorporate into even the busiest lifestyle.  I still ate out often when I first started the plan, finding plenty of options at the fast food places I loved that kept me on track and helped make the transition to a healthier lifestyle easier.  Over time, I began shifting my eating habits and choosing healthier options more often, which I’m pretty sure was the point of the program all along.

Another app that I began using shortly after was Plant Nanny.  This is a free app that is essentially a ‘drink water’ reminder.  You have little plants that you ‘water’ every time you drink, and create your own little garden.  Each plant earns you seeds which you can use to buy more plants, unlock new pots or backgrounds, and all kinds of neat little things.  It turned drinking water into a game, and that was motivation enough for me!

I drink lots of water now, and it's mostly all I ever drink anymore (besides coffee, tea and the occasional diet soda).  I still use this app daily, mostly because the plants are adorable and I am enjoying amassing a giant garden of virtual plants.

By December of 2018, I had lost around 50lbs, and was feeling better than I ever had before.  I tried to follow the plan as closely as possible, but also tried to keep in mind that life does happen, and sometimes you do need to cut yourself a bit of slack and enjoy yourself.  I still hold to this mindset today - life is too short to not have any fun at all, but that’s also not an excuse to go off the rails all the time.

Admittedly, it took me quite awhile to get to my “official” goal weight.  I think part of this is due to the program I was following at the time, so I decided to add in daily tracking with MyFitnessPal, which simply logs calories in what you eat.  Once I started doing this, I started losing weight again, reaching my official goal weight as of October 2019. 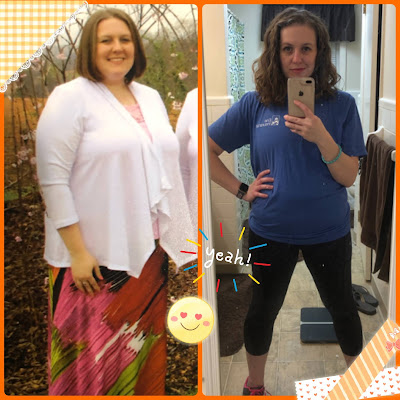 I still use MyFitnessPal to log calories, though I’m not quite as stringent about it as I once was, since now my goals have shifted from solely ‘weight loss’ to keeping up my healthy habits overall and maintaining my weight.  I am also seeking to become more fit and tone up, so I’ve been working on incorporating more exercise as well, though admittedly I was doing much better at that before the great quarantine of 2020 happened.  But hey, that’s okay too.  This is a marathon, not a sprint - it’s an overall lifestyle change, not a temporary solution.

Let me reiterate my earlier statement. There is no ‘magic secret’ to weight loss.  You just need three things: motivation, a plan, and commitment.  Determine that you want to do it and why, develop your plan, and then stick to it.

I know it sounds cliche, but if I can do it, so can you.  Yes, it will take time, but time is going to pass anyway.  No, it isn’t always easy, but honestly, there are few things in life that ARE easy.

I’ll conclude my quite lengthy post with this quote from James Sherman, written in 1982, which seemed fitting.  There’s never a better time to start over than right now.

“You can’t go back and make a new start, but you can start right now and make a brand new ending.”

So what are you waiting for? 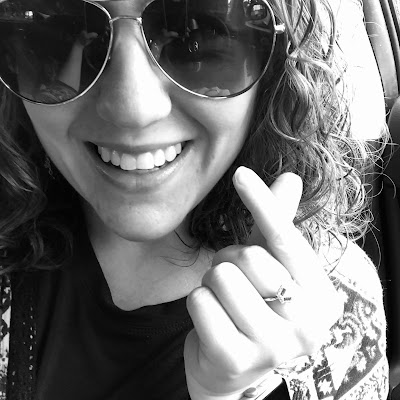